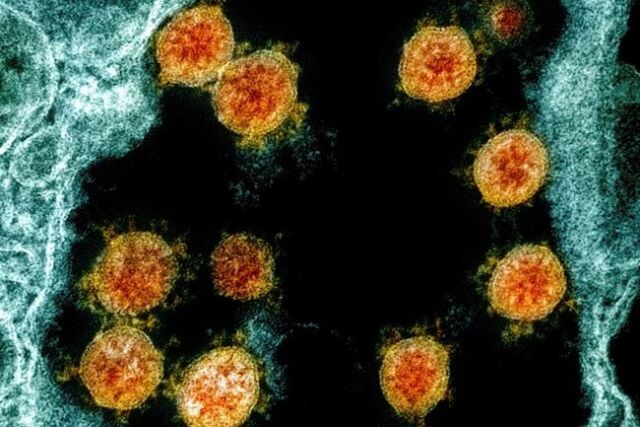 Grace Parraga’s phone has been ringing off the hook since Tuesday with calls from long COVID patients from across Canada, the U.S. and the U.K.

Parraga is the lead researcher of a new study that's identified a minuscule abnormality in the lungs of long COVID patients that can contribute to the prolonged breathing difficulty they may experience post-infection.

Following the announcement of their findings, Parraga said people have been reaching out to her, excitedly seeking further clarification on their long COVID symptoms. Parraga, a professor at Western University’s Schulich School of Medicine and Dentistry and Tier 1 Canada Research Chair in Lung Imaging, said the response has been very humbling.

“We do this as scientists with the hope of helping people,” she said.

Human lungs, the organ under examination in this research, pack 2,400 kilometres of airways within them, Parraga explained. Stretched out across Canada, those airways would be long enough to start in Vancouver and reach all the way to Thunder Bay.

“That's what's packed inside of you to allow you to live,” Parraga said.

At the end of those airways, are 500 million air sacs. When you inhale, oxygen moves into those tiny air sacs and hops onto your red blood cells. As you exhale, carbon dioxide hops off of those cells and is sent out of your body.

Using a very high spatial resolution MRI method, the research team was able to measure the function at the tip of those 500 million air sacs.

What they found, is an abnormally low red blood cell signal in the lungs of these long COVID patients that’s affecting their ability to breathe.

“That's something that you can't see with chest X-rays or CT scans, or any other method,” she said.

The study was conducted at five centres across Ontario that house this specific MRI technology and observed 34 long COVID patients.

Parraga said her team is now focusing on translating their work to other centres across Canada that also have this technology, such as BC Children’s Hospital and St. Paul’s Hospital in Vancouver.

Until now, Parraga said long COVID has been a vexing infection to have. Standard clinical tests are unable to pick up on this tiny piece of evidence that indicates something is wrong.

“This is the first evidence that something is not normal.”

The study’s findings serve as a relief, Parraga said. As researchers, she said it’s encouraging to find something that they understand and is consistent with their previous understanding of lung infections.

“If you're not feeling well, you can't walk to the mailbox and think straight, you do start to wonder if it's in your head,” she said. “I think that physicians were concerned and that really started us on this hunt.”

Parraga said she thinks the study is providing people with hope, knowing that this abnormality is something physicians can understand and treat.

The discovery is only the first step in the journey to treating long COVID patients experiencing difficulty breathing. Following the release of the study, Parraga said her focus is now shifting to determine the why and how factors of the infection.

“We've identified the what, the where, and the when. [Now], the clinical folks are going to be using that information to target treatments,” she said.

Parraga said she plans to continue following the study's participants “for as long as they want to come to the lab.” With their participation, she hopes to answer questions such as why certain people are susceptible to long COVID and what’s going to happen to these patients in the long term.

In the meantime, Parraga and her team are taking a moment to reflect upon their success in a unique way, after sharing their results with the study’s participants.

“We created a word cloud from their emails back to us… [with] words like understanding, thank you, congratulations, thoughtful,” she said. “It was very humbling and fulfilling to see that.”

“That's why we do this. To help people.”