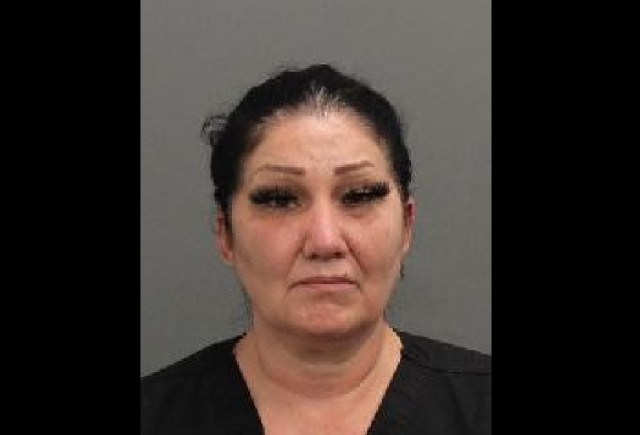 A woman accused of impersonating a nurse in Vancouver could soon be returning to custody in B.C.

Brigitte Cleroux is currently in prison in Ontario for a seven-year sentence after pleading guilty to seven charges earlier this year, including assault, assault with a weapon, fraud and impersonation.

Those charges and conviction came after parallel Ottawa Police Service and Vancouver Police Department (VPD) investigations, which found the Gatineau, Que. woman posed as a nurse to treat patients in Ontario. She's accused of doing the same in B.C.

In Vancouver, Cleroux faces charges of fraud over $5000, personation with intent to gain advantage.

However, there is also civil court action running in tandem with B.C proceedings and completed Ontario ones.

In December, Miranda Massie filed a notice of civil claim for a proposed in B.C. Supreme Court against the Provincial Health Services Authority (PHSA) claiming it failed to properly review Cleroux’s nursing credentials and hired her to work at B.C. Women’s Hospital and Health Centre, “where she had inappropriate and illegal contact with multitudes of vulnerable patients including Massie.”

The claim asserts PHSA could have ascertained Cleroux’s use of alleged forged credentials had it done due diligence.

It further alleges PHSA should have recognized ethical and competence issues as Cleroux’s work continued.

“As a result of her incompetence and lack of ethics, Cleroux caused damage to many class members,” the claim said.

The claim asserts negligence and battery and seeks aggravated and punitive damages.

PHSA’s response filed June 10 denied all allegations against it saying Cleroux had defrauded it.

“Cleroux defrauded and deceived PHSA with respect to her identity, work experience, education and qualifications, using the names of a nurse registered in British Columbia and other falsified documentation and credentials,” PHSA’s response said.

PHSA denied allegations it had not done due diligence, saying Cleroux’s use of several aliases made finding past issues undiscoverable.

The initial charges were approved in November after the VPD launched a months-long investigation spurred by reports of a B.C. Women’s Hospital employee allegedly fraudulently identified herself as a nurse between June 2020 and June 2021.

The investigation, led by VPD’s Financial Crime Unit, found a woman allegedly fraudulently used the name of a real nurse while providing medical care to patients at the hospital.

In Ottawa, Cleroux was charged Aug. 23 with offences including obtaining by false pretence, uttering a forged document, assault with a weapon, criminal negligence causing bodily harm and personation to gain advantage

Ottawa police began their investigation after being told a woman had used aliases and assumed the identities of registered nurses that she fraudulently obtained.

Police said the charges related to alleged negligence and fraud-related incidents after a person falsely gained employment and conducted duties as a nurse at a medical and dental clinic in Ottawa.

“Some of those duties included the administration of medications, including injections, to patients,” Ottawa police said.

An investigation began when police were told that a woman had used aliases and assumed the identities of registered nurses that she fraudulently obtained.

While her custody status in Ontario remains muddled, Guertin said moving her to B.C. remains on the cards.

“We hope to get this darn thing going,” he told Rideout.