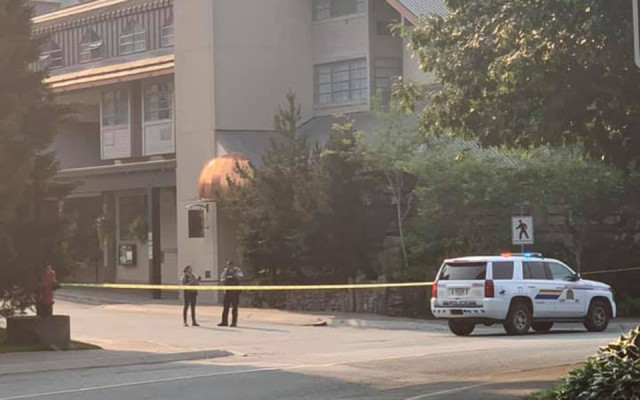 Photo: File photo by Brett Gossman.
Investigators on the scene of a homicide at the Listel Hotel in Whistler Village last August.

An arrest has been made in connection to the stabbing death of a 26-year-old man in Whistler Village last August, authorities have confirmed.

The Integrated Homicide Investigation Team said in a release on June 23 that it arrested and laid charges against 22-year-old Dedaar Jhooty on June 22 following last year's death of Henry Garcia Molina.

Police said that at about 2:09 a.m. on Aug. 14, 2021, RCMP responded after Molina was brought in to the local health clinic with stab wounds. Molina was reportedly stabbed multiple times in front of the Bearfoot Bistro entrance in the Listel Hotel.

“Henry’s life was taken senselessly in an act of violence while in Whistler Village simply trying to grab a taxi back to his hotel. Henry’s life did not deserve to be taken away so brutally,” read a statement provided by Molina's family to IHIT last year.

After the attack, investigators canvassed the area and identified "many witnesses," IHIT said in its release. Homicide detectives continued to investigate, with support from the Integrated Forensic Identification Section and the RCMP Forensic Lab.

The arrest was made Wednesday with the assistance of Richmond RCMP and the E Division Major Crime's integrated surveillance team, IHIT said.

A charge of manslaughter was laid by prosecutors on June 23 against Jhooty for his alleged involvement in the stabbing.

“Henry Garcia Molina’s death was a shock to his family and the Whistler community,” said Sgt. David Lee of IHIT in the release. “We hope that this arrest provides some closure and solace to his family.”

IHIT said there would be no media availability connected to the arrest.

Meanwhile, a fundraiser launched last year for the family has raised more than $33,000.

“Henry’s loss has been the most painful thing that any parent has had to go through,” his family said in last year's statement. “Henry left a positive impact on everyone he has ever met, including all his family members, his friends from school and various sports teams he was a part of. Henry was very involved with the community and admired by many. He was a kind hearted young man who was always willing to help others.”