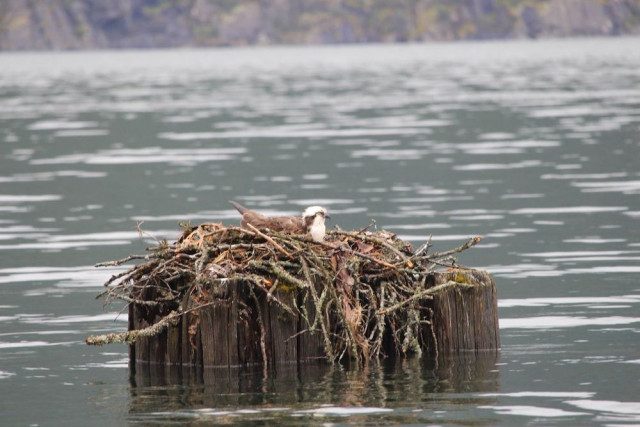 An osprey family will survive rising water on Kootenay Lake thanks to a community effort.

An osprey nest on Kootenay Lake in Kaslo Bay is high and dry today thanks to a concerned citizen, Ministry of Forests wildlife biologists, a retired park ranger and BC Conservation officers.

The osprey nest ended up threatened by rising water and was in danger of submerging and covering the osprey eggs with water.

According to a Facebook post by the BC Conservation Officer service, “the nest was close to being flooded and with the forecast calling for a further rise in water levels, it needed to be moved.”

The osprey rescue team came up with a plan that included pallets and an idea to raise the nest so it would be well above the high water mark. Rescuers approached in a BCCOS boat while the mother osprey sat and watched from a nearby tree. The osprey eggs were secured and placed in a warm cooler while the nest was moved to a higher piling, approximately 15 metres above the old nest height.

Once operation osprey was completed and the eggs were replaced in the nest, the mother osprey returned to her eggs in their new nest safely above the water line.