The British Columbia Centre for Disease Control has updated its information on Lyme disease in the province.

The agency has published a map of the areas considered risk zones for Lyme disease.

"It's certainly an update, and contradicts much of what doctors have been telling patients throughout the province for years," said Jim Wilson, president and founder of the Canadian Lyme Disease Foundation.

Wilson says the BCCDC was behind the times and he's glad to see they have updated their information.

"Saying these areas are not at risk for Lyme disease (in the past), is just not the case and hasn't been the case for decades."

Wilson suffers from Lyme disease himself and has been on a mission to educate and advocate for those who suffer from the disease.

"I would definitely say the pressure being put on by the CanLyme disease foundation to have the BCCDC get its information improved, has certainly played a significant role and we have certainly had many meetings with them over the years," Wilson says.

The primary culprit to spread Lyme disease in B.C. is the Western black-legged tick — a species that ranges south to California and carrying the bacteria causing Lyme disease at a rate of about one in 100 insects.

Wilson doesn't think people who enjoy hiking and the outdoors need to panic, but recommends being tick aware and he points to prevention and removal methods on his website.

"The map itself is very encouraging that it's out. But there's an underlying issue that isn't told and that is that ticks are possibly anywhere in B.C. that our migratory birds fly, because that is their main mode of transportation," said Wilson.

Wilson says areas like Revelstoke, Golden and Banff which aren't highlighted by the BCCDC map should be.

"Anywhere that robins and wrens and finches fly in our province, is at risk for Lyme disease, the risk may be lower. But as soon as a bird drops off a pregnant and engorged Lyme infected tick, that female tick could lay thousands of eggs."

Lyme disease in humans is caused by the borrelia burgdorferi bacteria and symptoms can appear anywhere from hours to weeks after a bite.

In B.C., western black-legged ticks usually pick up the disease when they feed on deer, mice, squirrels or chipmunks. Symptoms can include headache, fever, fatigue and a skin rash that may look like a bull’s eye. 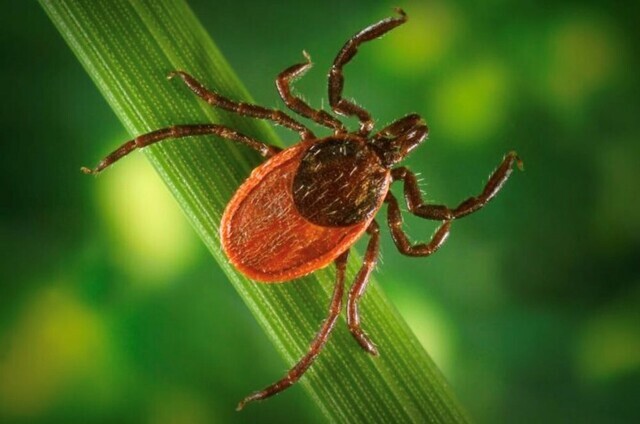