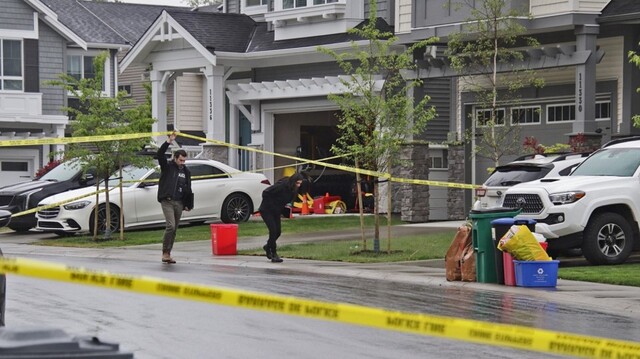 Photo: Shane MacKichan
Police investigate after an alleged targeted shooting in Maple Ridge on May 25, 2022.

A man was shot early Wednesday morning inside a Maple Ridge house.

Ridge Meadows RCMP officers responded to a residence in the 11300-block McDougal Street at about 5:30 a.m. When they arrived on the scene, they found a man suffering from gunshot wounds.

Police taped off a large area of the neighbourhood and started canvassing the area for witnesses Wednesday morning.

Cpl. Julie Klaussner says the man who was shot is known to police, and investigators have engaged with Combined Forces Special Enforcement Unit regarding any intelligence and information sharing.

"Ridge Meadows RCMP Serious Crimes Unit is still in the evidence-gathering stage of the investigation. However, this incident does not appear to be random," says Klaussner.

The house's garage door is open, and police have placed pylons on the ground just outside in the driveway.

A vehicle was torched shortly after the shooting on 272 Street in Maple Ridge, about 13 kilometres from the house. It is not clear if the vehicle and the shooting are connected.

Investigators are looking to speak to witnesses or anyone with dash camera footage or video surveillance.

No further details about the shot individual are being released, nor if police have a suspect. 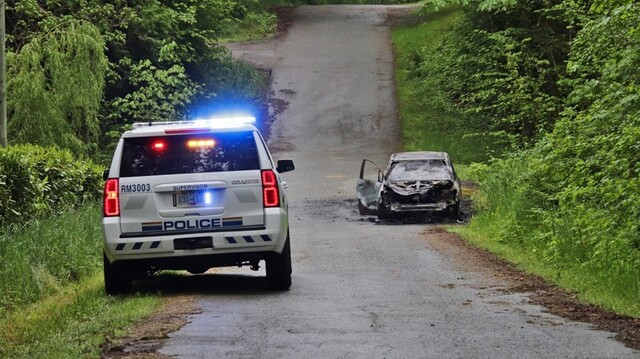 Photo: Shane MacKichan
A torched vehicle was found near a Maple Ridge shooting on May 25, 2022.