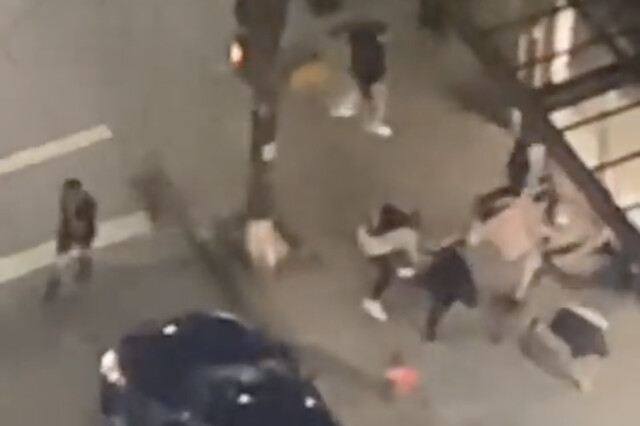 Warning: Some people may find the footage disturbing.

An early morning brawl in downtown Vancouver sent one man to hospital as police are continuing to investigate.

Vancouver police spokesperson Const. Tania Visintin says police responded to a call around 3:30 a.m. Monday due to a fight near Granville and Davie streets.

"Two men were engaged in a physical altercation," says Visintin. "One man was taken to hospital for minor injuries. VPD officers attended the scene, but at the time of the incident, both people involved did not want police involvement."

She adds that police are following up on the incident.

A video of the scene shared on Twitter shows a much more dramatic situation. In the footage, which appears to capture only the end of the fight, several people appear to be involved.

One man, who appears to be wearing a light coloured shirt and blue jeans, is knocked to the ground by another man and stays down. While he's on the ground three men kick him, including the man who knocked him down in the first place.