In B.C., the government will now pay for 75% of an EV charging station 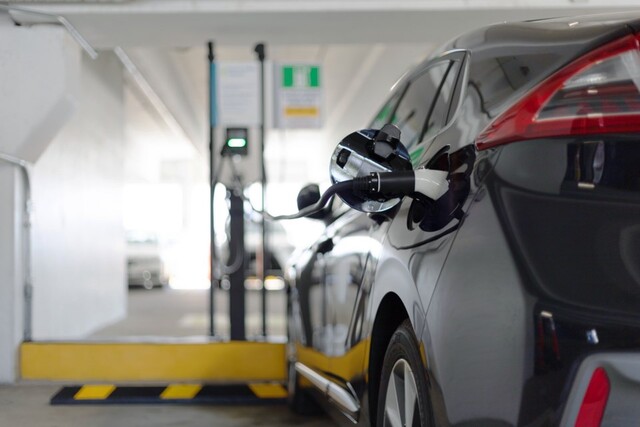 Photo: Vancouver Coastal Health
EV chargers at Richmond Hospital, B.C. Individuals, condos and municipalities can now receive up to a 75% rebate to install a new charger.

The B.C. and federal governments will increase funding to help individuals, businesses and municipalities install electric vehicle charging stations in a rebate program that now covers up to 75 per cent of the cost of installation.

That coverage is up from 50 per cent, according to an announcement made by the B.C. government Wednesday.

“With electric vehicles representing 13 per cent of all new light-duty vehicles sold in B.C. last year, our province has the strongest adoption rate of electric vehicles in Canada,” said B.C.’s Minister of Energy, Mines and Low Carbon Innovation Bruce Ralston in a prepared statement.

“We’re positioning ourselves to become leaders in the EV industry.”

Ralston added that the latest rebate is meant to encourage more British Columbians to make the switch to an electric vehicle.

The funding for the bolstered rebate program comes from a $2-million investment from Natural Resources Canada’s and will supplement the B.C. government’s rebate program.

The result: workplaces, condos and apartments can get up to a 75 per cent rebate for a Level 2 charging station up to a maximum of $5,000. Using the same voltage as a clothes drier, an hour charge at a Level 2 station will give an EV roughly 30 kilometres of range, according to the ministry.

But the limited investment means a limited number of chargers will be funded. The federal and provincial governments estimate the additional funding will add up to between 360 and 450 EV charging stations to the province’s inventory.

The B.C. government’s climate targets include a requirement that all new light-duty vehicles sold in the province be zero-emission by 2035.

B.C. currently has more than 3,000 public EV charging stations, according to the government.