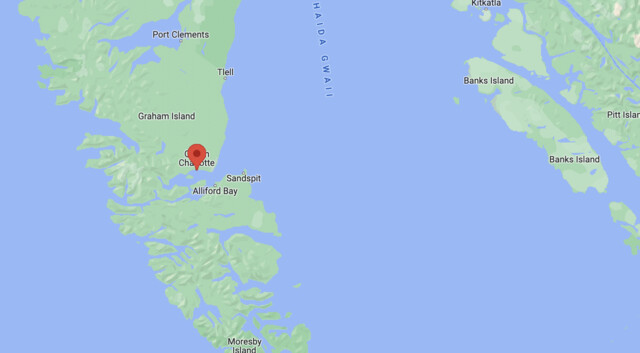 The council of Queen Charlotte, B.C., has decided to change the name of the village back to its ancestral Haida name of Daajing Giids.

The decision comes after a survey earlier this month indicated 48.8 per cent of residents strongly supported the name change, 11.8 per cent were somewhat supportive and 36.3 per cent were opposed while 2.9 per cent had no opinion on the matter.

Mayor Kris Olsen says the vote was initially sparked by a petition presented to council three years ago by elders of the Skidegate Haida Program wanting the village's name to be restored to its original Haida name.

Olsen says their request was aligned with 2019 being declared the International Year of Indigenous Languages by the United Nations.

Olsen says some of those opposed to the name change identified Queen Charlotte as the place where they were born, but ultimately councillors voted in favour of the old name.

"With time and love, all wounds will heal and everyone will move forward," he said of the village of 950 people. "We've spent a considerable amount of time looking at this and council was very thorough in looking at this in a respectful way, with dialogue and consultation with elders and hereditary chiefs."

Olsen says the village will take the request to the province, which will make the final decision.

"We had to prove consent of community and we've done that," he says.

"It's just something that is right. I'm honoured that our council had this request come forward."