Falcon to be sworn-in 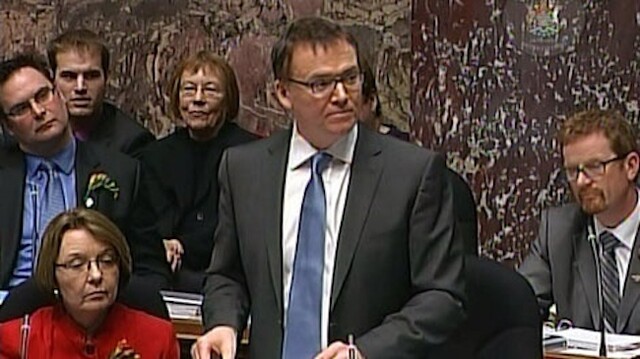 A swearing-in ceremony is set for this afternoon in Victoria as B.C.'s new Liberal leader enters the legislature as Leader of the Opposition.

Kevin Falcon won the party leadership in February and followed that on April 30 with a byelection victory in the Liberal stronghold of Vancouver-Quilchena.

The 59-year-old will be sworn in and sign his oath of office in a brief ceremony at 12:45 p.m. in the legislature's Hall of Honour, followed by a welcome to the legislative assembly at 1:30 p.m.

Falcon replaces former leader Andrew Wilkinson, who resigned his seat earlier this year after stepping down in 2021 following the party's loss to the New Democrats in the last provincial election.

Falcon's return to the house comes a decade after he quit as finance minister in former premier Christy Clark's Liberal government after finishing second to her in the party's 2011 leadership race.

Soon after his byelection win, Falcon said high gas and housing prices, as well as a lack of access to family doctors, would be key issues for his party this session and he says he's ready to look NDP government leaders "straight in their eyes and ask tough questions."