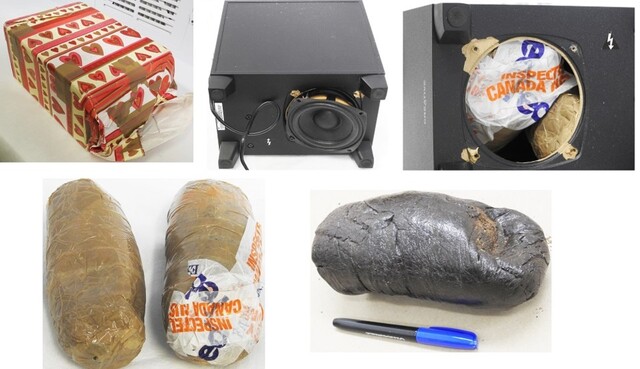 Photo: RCMP/Federal Serious and Organized Crime
Two kilograms of opium were bound for Coquitlam before being intercepted by federal RCMP at Toronto Pearson International Airport in Feb. 2017. A man was sentenced to three years in prison on April 29, 2022.

A Coquitlam resident is getting three years behind bars after trying to import, what's described as, an addictive narcotic drug into the Tri-Cities from halfway around the world.

Hamid Modrek Najafabadi was sentenced on April 29 for the international sting more than five years later after police intercepted opium.

Hamid Nemati Shirazi, a suspected associate, was also handed 5.5 years in prison in a European courtroom.

On Feb. 14, 2017, Modrek Najafabadi was arrested after police executed a search warrant at his Coquitlam home.

Officers seized two kilograms of opium and $3,250 in cash, shortly after Canada Border Services Agency (CBSA) in Ontario was alerted of a package reportedly containing more of the drug inbound from Germany to Toronto Pearson airport.

The package was set to arrive in Coquitlam.

"This successful investigation showcases the great work that can be accomplished through our domestic and international partnerships, and our International Liaison Officers’ dedication to protecting Canadians from their assigned duty stations around the globe."

Modrek Najafabadi was also handed a 10-year prohibition on owning or operating weapons, as well as ancillary orders for forfeiture of exhibits and a DNA order.

Upon his arrest, Modrek Najafabadi was also charged with the following:

Opium is widely produced in select countries around the world, according to the United Nations Office on Drugs and Crime.

The 2021 harvest in Afghanistan increased to 6,800 tons of the narcotic, which experts say could lead to around 320 tons of pure heroin flooding the global market.

This is raising more opioid-crisis concerns as heroin is often mixed with fentanyl.

"Given the complexity and duration of such investigations, the FSOC Major Projects teams conduct longer term, intricate, project oriented investigations with a national and transnational scope, often involving numerous domestic and international partner agencies from around the world."