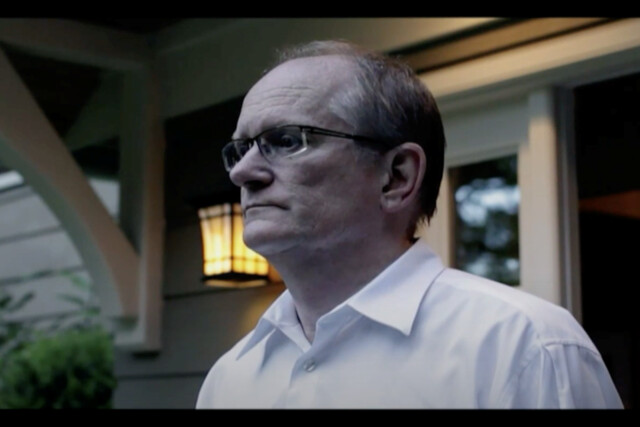 Photo: YouTube screenshot
Fred Sharp, seen here in an undated short film moonlighting as an actor, has been criminally charged of securities fraud and conspiracy to commit fraud in the United States.

The U.S. Securities and Exchange Commission has obtained a final judgment against West Vancouver resident Fred Sharp, a former lawyer turned offshore shell facilitator deemed to be the mastermind of a massive stock manipulation scheme involving over $1 billion in transactions involving hundreds of penny stock companies.

The U.S. District Court for the District of Massachusetts entered the final judgment by default on May 12 against Sharp after he failed to appear before the court to address his civil charges of securities-related fraud, unregistered offerings of securities and aiding and abetting.

With the ruling, Sharp is ordered to pay disgorgement and prejudgment interest of US$28,934,433 and a civil penalty of US$23,990,781. Sharp is now barred from future trading in U.S. stocks.

The commission stated how “Sharp masterminded a complex scheme from 2011 to 2019 in which he and his associates enabled control persons of penny stock companies, whose stock was publicly traded in the U.S. securities markets, to conceal their control and ownership of huge amounts of penny stock and then surreptitiously dump the stock into the U.S. markets, in violation of federal securities laws.

Sharp is said to have called himself "Bond" in encrypted communications.

Authorities attempted to serve Sharp with the charges last August; however, he failed to respond to them and prosecutors applied for the default judgment.

These civil charges are in conjunction with criminal charges of securities fraud and conspiracy to commit securities fraud brought against Sharp by the Federal Bureau of Investigation to the U.S. Department of Justice, also in a Boston federal court.

In May 2016, Sharp became more widely known across the country as the Canadian face of the Panama Papers — a massive leak of documents of Panamanian company Mossack Fonseca that revealed a vast network of offshore companies acting as tax havens. He helped register 1,167 offshore entities from his Vancouver office, according to the documents.