Rainbow leads to gas station instead of pot of gold 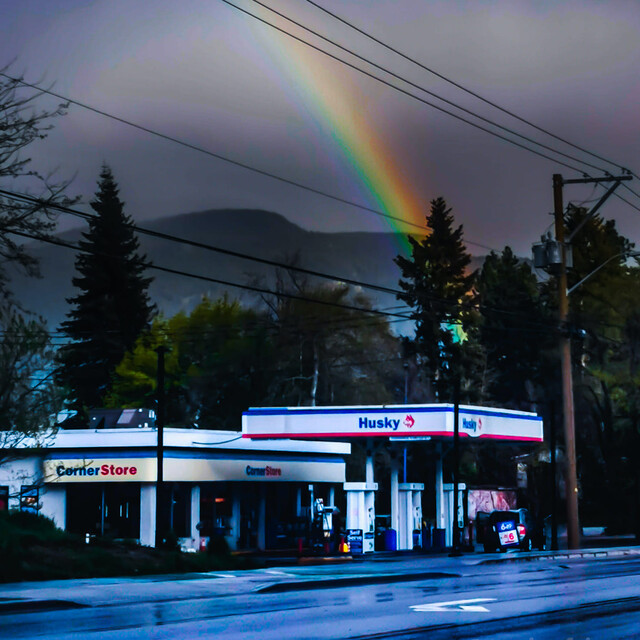 The sky-high price of gas in British Columbia has been a hot topic since it started setting new records.

Natural Resources Canada says the average price across the country for regular gasoline hit 197.4 cents per litre on Tuesday of this week, which is an all-time high.

Yanieve Feiner tells Castanet he took a photo of a rainbow that looks like it leads right to a gas station and immediately knew he had to share it on social media.

"Oh no more pot of gold, now it's gasoline at the end of the rainbow."

Feiner is a music teacher in Castlegar who spends time driving and taking pictures all over the Kootenays and Okanagan.

"I was just driving on Columbia Ave. (in Castlegar) I saw the rainbow and I stopped the car and snapped that photo. It was a little overexposed and I had to do some editing," Feiner says.

From there Feiner posted the photo on social media along with the caption, "now that gasoline is more expensive than gold, all rainbows have been moved to gas stations."

Gasoline prices have spiked as oil tops US$100 a barrel, in part because of supply disruptions related to Russia’s invasion of Ukraine.

Prices have averaged about $2.23 a litre in Vancouver, while in Toronto prices averaged slightly under $2 a litre and in Edmonton the average was just under $1.30 a litre.