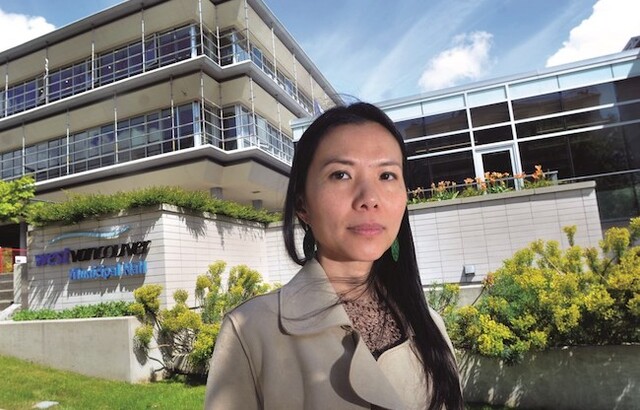 It was insult to injury – racist, dehumanizing language written into the land titles of British Columbia.

While Michele Tung was doing a small improvement on her home, District of West Vancouver staff informed one of her contractors that, because of a covenant written into her land title from 1956, she would need to submit a copy of her title documents. Tung went to the Land Title and Survey Authority office in New Westminster, as she was required to do.

When her documents were pulled, she was shocked and hurt to see the language of a clause in a covenant on title, declaring: “No person of the African or Asiatic race or African of Asiatic descent (except servants of the occupier of the premises in residence) shall reside or be allowed to remain on the premises.”

“Don't forget, you used to come below farm animals. Don't forget your place in society," she said. "That's how I took it, and I was very deeply offended."

Discriminatory covenants aimed at keeping neighbourhoods white were standard with early development of the British Pacific Properties in the 1930s, but similar ones can be found in neighbourhoods across North America until as late as the 1960s.

In 1978, the province rendered void all such discriminatory covenants in B.C., and created a process for anyone to have a clause with bigoted language and intent struck through on their land title for no charge.

In January 2020, West Vancouver council passed a motion from Coun. Marcus Wong to “determine the process, resources and time required to achieve the cancellation and striking of discriminating covenants,” but that report has still not been tabled. More recently, Tung began circulating a petition calling on West Vancouver council to be more proactive.

Tung said it should not fall to individuals to clean up the racist legacy left by others. It’s particularly unfair to suffer the indignity of seeing the exclusionary language just by seeking permits from a municipality, she added.

“I don't know why I was tasked to get a racist covenant that says that I'm not allowed to live in my house, or even be on the premises, unless I'm a servant,” she said.

Because the municipality is routinely in receipt of land titles for permitting purposes, all it would take is one additional email from staff to the land title registrar to flag the offensive covenants and have them struck, Tung reasons. The district should also have records of which properties, particularly from early developments, where the covenants are likely present. Staff could save residents from the humiliation that comes simply by following the municipality’s rules, Tung said.

Without any action taken, the 2020 motion from council is just lip service, Tung said.

“I don't see follow-through, as of yet. It’s two years and the [district] says that they still have no procedures in place.”

West Vancouver director of legislative services Mark Panneton said the staff report requested by Wong in 2020 was put on hold because of COVID-19, but is now nearly complete.

“A number of projects were unavoidably delayed due to the impact to operations and the need to maintain essential services,” he said.

The report will not only lay out what would be required for the municipality to become more involved in striking land titles, it will suggest a more comprehensive strategy that could be applied provincewide.

“We certainly recognize that these covenants contain offensive language, and they should not be left on the title, but we haven't had the resources or the staff to address them,” Panneton said.

As for Tung’s suggestion that flagging discriminatory covenants for removal as they come up be added to staff’s work flow, that is possible, Panneton said.

“Staff going forward could, as directed by council, forward those items to the LTSA for action,” he said.