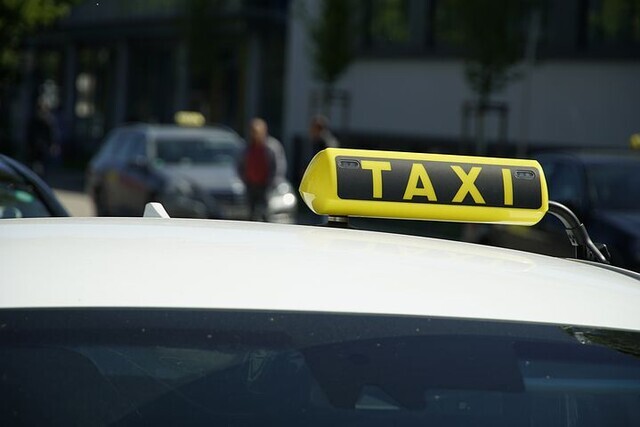 A man struck by a Surrey cab as he was walking in a hotel parking lot has been awarded $206,044 in damages.

Gregory Karoway sued White Rock South Surrey Taxi Ltd. and Satnam Buttar, according to a recent B.C. Supreme Court decision. He sought damages for injuries he alleged he suffered when he was struck by a taxicab driven by Buttar.

Karoway alleged the taxi hit him as he was walking with his partner, Susan McMillan, to the Langley Highway Hotel parking lot on Oct. 6, 2016.

White Rock Surrey Taxi Ltd. was the registered owner of the taxi. It and Buttar denied liability for the accident. They said it never occurred, Justice Laura Gerow’s May 6 ruling said.

Buttar alleged Karoway opened the passenger door of the taxi, punched him in the face, and then ran away.

Karoway said he and McMillan were walking from Walnut Grove Pub when he was hit on his left hip and leg by the cab. He testified he did not fall to the ground, but twisted, spun and fell into McMillan, who steadied him.

Karoway testified that after he was hit he approached the taxi's passenger side door.

Karoway and McMillan then went to a hotel room; shortly after, police knocked on the door.

Karoway was arrested for being in breach of a restraining order prohibiting him from being with McMillan in a private residence as there had been an incident between them.

Karoway testified he thought the hotel was a public place, but the police advised him the hotel room was considered private.

A police officer testified Karoway and McMillan were intoxicated.

However, it turned out this was not McMillan’s first encounter with Buttar.

She had been in a taxi two days earlier where the driver had asked for money prior to arrival at a destination.

“Ms. McMillan testified she showed the driver some money and told him she couldn’t pay him at that point because she didn’t know how much the fare would be. The driver told her to get out of the taxi,” Gerow said.

Still, the judge said, McMillan had not pointed out to Karoway that it was Buttar in both incidents as she had only found out eight months after the accident from Karoway’s lawyer.

The defendants also had some alternative scenarios for the incident.

They said if the accident occurred, it was equally plausible Karoway drunkenly stumbled into the side of the taxi, the ruling said.

Or, the defendants claimed, if the taxi struck Karoway, the accident did not cause Karoway’s injuries. They said being struck by a side-view mirror, which usually folds in at a low speed, could not have caused the injuries being claimed by the plaintiff.

“The defendants submit that the plaintiff’s injuries were caused when he ran away from the scene towards the hotel and up two flights of stairs after punching Mr. Buttar,” Gerow said.

In the end, the judge said she found Buttar’s evidence inconsistent and contradictory.

A medical report said Karoway has suffered from a series of pains in his back, hips and lower extremities since the accident.

“The accident has had a profound effect on his physical abilities and mood,” Gerow said.