Debate over soaring gas prices continues as stations post prices of $2.22 a litre 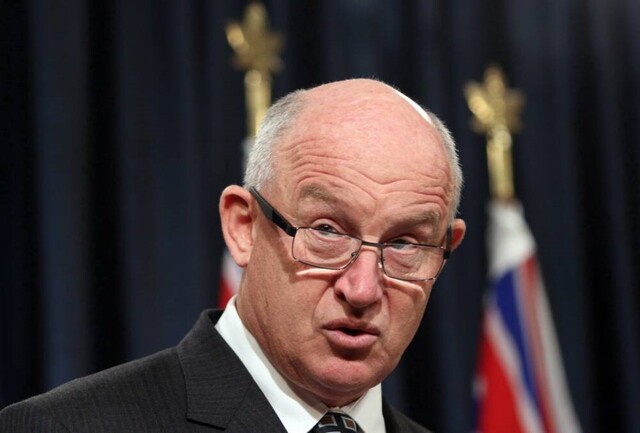 Photo: The Canadian Press
Solicitor General Mike Farnworth, the minister responsible for the Insurance Corporation of B.C., speaks at a news conference in Victoria on Monday, February 5, 2018. THE CANADIAN PRESS/Chad Hipolito

Solicitor General Mike Farnworth’s contention that soaring gas prices are a result of factors outside of British Columbia — notably the war in Ukraine — drew groans from opposition members in the legislature on Tuesday.

“They don’t think that the war in Ukraine is having an impact on gas prices here and right across North America and around the world?” Farnworth said in response. “Every gas expert will tell you that’s exactly what is happening.”

Gas prices are going up across the country, but are highest in B.C., where they hit $2.219 a litre in parts of Greater Victoria and Metro Vancouver on Monday.

B.C. Liberal MLA Todd Stone said gas prices in the province were high prior to the war in Ukraine and have risen 90 cents a litre since the NDP formed government.

“The cost of everything is going up, especially groceries and it’s making it harder for families to put food on the table,” he said, asking the government to deliver promised relief.

Opposition members suggested a three-pronged plan to temporarily bring down gas prices or lessen the impact of spiking prices on consumers: suspending provincial gas taxes, as Alberta did on April 1; stopping the levy of 25 cents a litre on fuel imports introduced Jan. 1; and introducing a one-time rebate to the income-threshold based climate action tax credit through the federal government.

Liberal MLA Peter Milobar, representing Kamloops-North Thompson, asked the premier during question period if he would consider even one of these measures “to try to raise some short-term relief to people in British Columbia that simply cannot get by anymore with record high gas taxes in British Columbia.”

Gas taxes vary across the province but are about 38 cents a litre.

“We very clearly have government policy and government taxation at play that is out of sync with what’s going on in neighbouring jurisdictions and the government needs to address that,” Milobar said.

The government has several billions of dollars worth of unallocated contingency funds in this budget to try to bring some affordability measures “especially as it pertains to the price of the pump,” he said.

The NDP government reiterated Tuesday steps they have taken to lower overall costs for families in the province, including reducing the cost of automobile insurance last year and approving a one-time gas rebate.

Most drivers who have a basic auto insurance policy will receive $110 and most ­commercial drivers, who tend to have higher expenses, will get $165 through the rebate.

“Those cheques are going out … this very month,” Farnworth said.