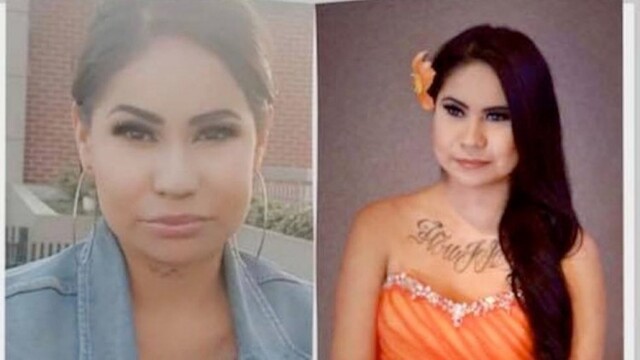 The day after the annual remembrance for Missing and Murdered Indigenous Women and Girls, Vancouver Police confirmed they found the remains of a missing 24-year-old Cree woman on the grounds of a Shaughnessy mansion.

Chelsea Poorman, a member of the Kawacatoose First Nation in Saskatchewan, was last seen by her sister at a Granville and Drake apartment on Sept. 6, 2020. Poorman was reported missing two days later, but Vancouver Police did not publicize the case until Sept. 18, 2020.

Police do not believe Poorman died by foul play. They believe she died shortly after she went missing.

The announcement answers why major crime investigators were on-scene April 22 and 23 at the mansion on the south side of quiet, cherry blossom-lined 36th Avenue west of busy Granville Street.

On the afternoon of April 23, a reporter photographed three marked VPD cruisers, the forensic unit van and two white utility trucks. The gates of the vacant, under-renovation mansion were behind yellow police tape. There were no vehicles parked on the driveway. Instead, a pile of construction debris at the rear of the property.

An officer was observed walking away from the scene carrying two machetes. Another officer in a white body suit placed a green tarp into a white van.

An officer on-scene said police had been there two days but referred a reporter to the media office. Cpl. Tania Visintin would only say police were there for an ongoing investigation and there was no risk to the public.

Ryan Panton of the B.C. Coroners Service refused to confirm or deny the coroner had been called. On May 6, however, Panton said the coroner is investigating, but was unable to provide further information while the investigation remained open.

The nine-room mansion was assessed at $7.1 million last year and registered in September 2014 to Long Zhou, businessman, and Jiayu Bu homemaker. A temporary orange mesh fence by the sidewalk includes a sign for Richmond-based contractor Comfort Development.

Proprietor Victor Chow referred a reporter to a co-worker named Kenny, who declined to comment on the incident and would not answer whether the registered owners are in Vancouver. 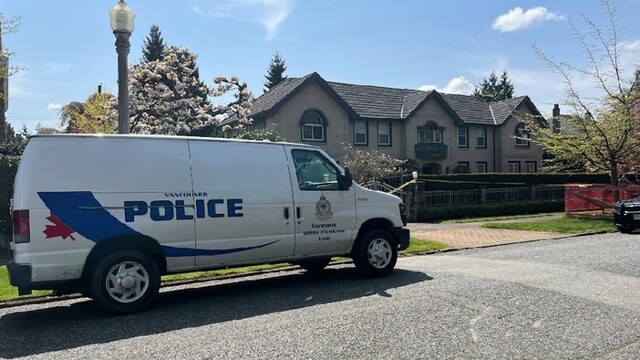 Photo: Bob Mackin
Vancouver Police investigators on-scene April 23 at a vacant, under-renovation mansion at 1536 W. 36th. They confirmed May 6 that is where they found the body of 24-year-old Chelsea Poorman, who went missing in September 2020