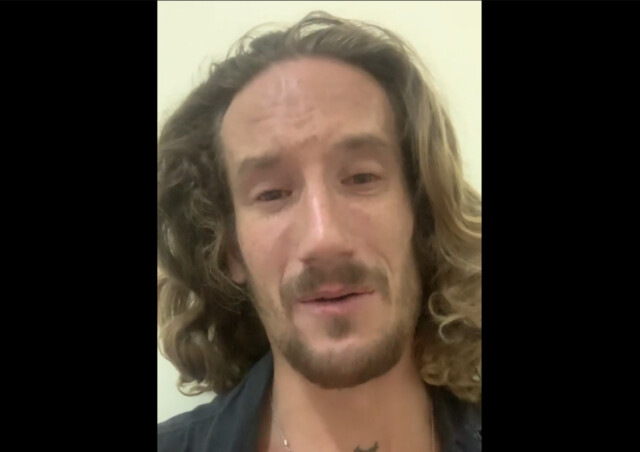 A Vancouver actor and personal wellness trainer is waiting to be deported from Indonesia after a video of his went viral.

The video shows Jeffrey Craigen doing the Haka naked on Mount Batur, a sacred mountain on the island of Bali, according to French newswire Agence France-Presse (AFP). It quickly drew criticism for a variety of reasons, including his use of the Haka and disrespecting the Balinese people.

He has since deleted the video and apologized, but not before Indonesian authorities were made aware of it. He was detained by immigration officials, according to AFP, who've decided to deport him.

However, because he is not vaccinated against COVID-19 he's remained in detention until an airline can be found willing to take him.

"Airlines have not agreed (to transport him)," the head of Denpasar immigration office Tedy Riyandi told AFP Tuesday.

He will be blacklisted from entering Bali officials have told AFP, noting he's been in the country since 2019 to study alternative medicine. On his LinkedIn bio he still lists Vancouver as his home.

In a video shared after the dance drew criticism, Craigen apologized but added that he wished to send a message of Jesus.

In a video posted after being detained Craigen, crying, shares remorse over the incident and talks about needing help. He notes he's not asking to stay in the country.

"When I shared that video it was in the hopes to just be seen," he says. "So I could feel alive in some way."

He says he's at the immigration office and not sure what to do.

Authorities deported more than 200 people in 2021 from the island, for a variety of reasons. The mountain is both a sacred site and popular tourist destination on the island and it's recommended for visitors to familiarize and be respectful of local cultural values.

Craigen worked for several years in the Vancouver film and TV industry and has credits in shows like DC's Legends of Tomorrow, Colony and Ghost Wars, often as a security guard or officer.