'Sounds of Earth' to debut 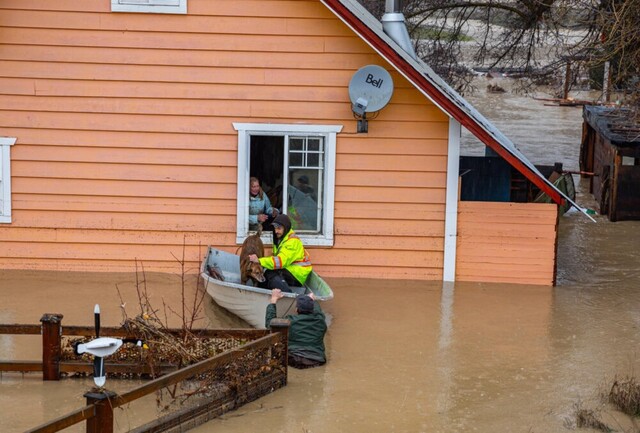 Cancel flights. Don’t heat up your homes on summer nights.

“Isn’t it worth it so your children have time?”

These are some of the messages woven through a new sonic exploration of planet Earth set to unveil during a live concert at the University of British Columbia this month.

Dubbed “Sounds of Earth,” the unique collaboration has brought the university’s musicians and composers together with volcanologists, geochemists and atmospheric scientists to tell five unique stories of the history and future of a changing world.

In one score, a brass quintet combines its sound with real audio from melting glaciers to evoke their inevitable decline; in another, titled Three Degrees, a pianist and vocalist imagine three climate futures, from tempered change to global catastrophe.

“We wanted to think of a cool way that we could talk about climate change that isn’t a graph or paper with a big red arrow pointing toward the future,” said Ruth Moore, a climate scientist studying the amplification of global warming in the Western Canadian Arctic.

“Music is one of the most powerful ways to move people. When you can hear it in your body and feel it in your mind, we hope it will stay with people longer than a scary graph.”

Moore, who is originally from Ireland, said she used to play music as a child. But this time around, her role has been as a scientific advisor on Three Degrees, helping to inspire the song’s climate scenarios and guide it to focus on people.

In one verse, composer Ben Ledocohwski nods to the story of Guy Callendar, a Canadian-born Englishman and steam engineer, who in 1938 was among the first to directly link rising atmospheric carbon levels with global warming.

As atmospheric scientist Rachel White, who also collaborated on the Three Degrees song, put it, “Who is it that’s going to be impacted? It’s the children.”

“They’re going to see the biggest impacts and they’re not the one making the decisions now.”

White moved to Vancouver to study in 2020 to research how high-level atmospheric winds connect to extreme weather events and how that relationship might change due to human-caused warming.

Little did White know, she would be living through such events in the coming year.

When the record heat dome hit B.C. in June 2021, White rushed to buy an air conditioner unit for her family. But that wasn’t enough.

“I ended up sleeping in my garden in a tent because my bedroom couldn’t cool down,” she said.

While such stretches of extreme weather can act as a window on what’s to come, feeling the difference between weather and climate is next to impossible, said White.

“If I live in a place for four years, I like to think I know what the normal climate is. But scientifically, I know four years is not enough to understand the climate of a place.”

Both Moore and White hope their music collaboration will go a small way to help people bridge that instinctual gap and feel a shifting climate in the moment.

“Science and music are seen as very, very different,” said Moore. “But both facets can work together really well.”

At the same time, say the two scientists, they hope the song will inspire people.

“For me, it is important to have the message that it isn’t hopeless. It isn’t all doom and gloom,” said White.

“What we need right now is action.”

Sounds of Earth: A Musical Exploration of our Dynamic Planet premiers in a free concert April 19 at 7:30 p.m. at UBC’s Chan Centre for Performing Arts.