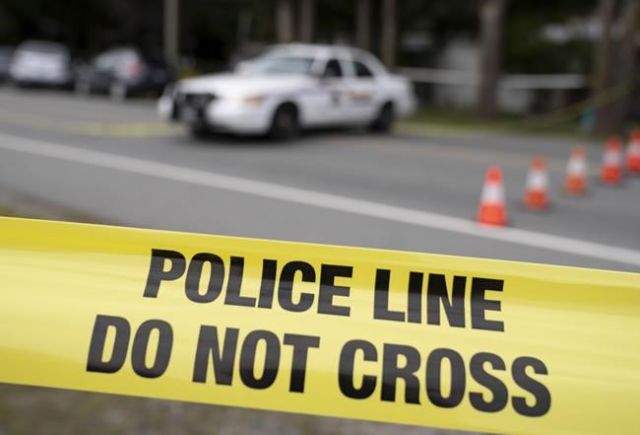 Photo: The Canadian Press
RCMP attend an incident in Langley, B.C., Thursday, Oct. 8, 2020. Police say a man has been charged following a high-speed chase that involved the diversion of a commercial airplane and ended with a collision with a police vehicle in Langley. THE CANADIAN PRESS/Jonathan Hayward

Police say a man has been charged following a high-speed chase that required the diversion of a commercial airplane and ended with a collision involving a police vehicle in Langley, B.C.

Abbotsford police say in a news release that an RCMP helicopter was following a sport utility vehicle with mismatched licence plates Tuesday that was later confirmed to be stolen.

They say the Mounties alerted them to the chase and their own officers attempted a traffic stop on the ground, at which point the driver sped away.

Police say the chopper followed the SUV and worked with air traffic controllers at Abbotsford's airport to redirect an incoming Swoop Airlines flight that was in the helicopter's flight path.

Police allege the SUV was observed driving into oncoming traffic to pass vehicles, using the shoulder of the road, going through red lights and stop signs, and driving at high speeds that put other motorists at risk.

An hour after the chase began, they say the SUV collided with a police vehicle in nearby Langley, but Abbotsford police say neither the suspect nor officer were injured.

They say the suspect drove a few more blocks, then fled on foot and was taken into custody with help from police dogs.

A 39-year-old Surrey man has been charged with flight from police, dangerous operation of a motor vehicle, possession of stolen property over $5,000, breach of probation and prohibited driving.