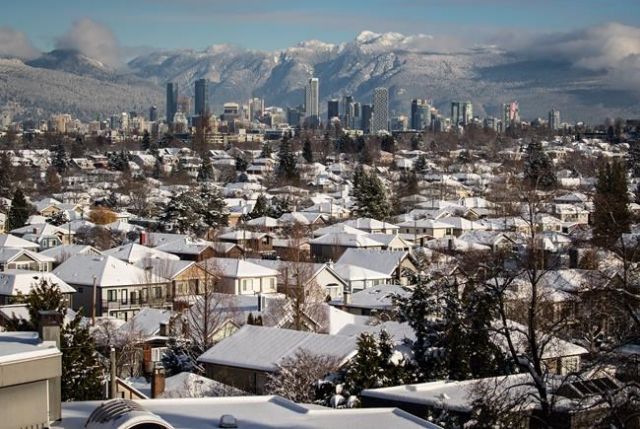 Canada's latest census shows British Columbia had the second-highest population growth among the provinces, but realtors and buyers say an influx of people has created fiercer-than-ever competition for real estate.

The census released Wednesday says B.C.'s population rose by 7.6 per cent between 2016 and 2021, compared with Prince Edward Island, which saw a hike of eight per cent. Yukon's population grew by 12.1 per cent, the fastest pace nationally.

Resort destinations, like Squamish in B.C., are among the fastest-growing communities in the country, the census says, adding immigration was behind the climbing figures.

But growing pains are part of the picture. The perennial topic of housing affordability in B.C. increasingly means those trying to find a place to live endure an emotional roller-coaster as offers keep getting rejected while investors and sellers make big profits.

But that's not stopping the flow of people to communities like Squamish, with the census showing it grew to nearly 24,000 people, a hike of over 22 per cent since the last count of the population.

Jenna Franze, a Realtor in Squamish, said the highest number of newcomers are younger people working from home and drawn to the area's outdoor activities like world-class climbing, hiking and biking trails.

But she said there's a "darker side" to the booming population because some longtime residents lament the loss of their once-sleepy community that was a mere pit stop on the way to Whistler.

A 6,000-unit waterfront development is in the works to create a new downtown with a seawall and higher-end hotels, and that will create more tourism and traffic congestion so infrastructure has to keep up, she said.

Franze said she often feels like a therapist to the many first-time buyers trying to land a home as prices have risen 60 per cent in the two years for detached homes and 50 per cent for town houses since last year.

"It's really horrible to watch. They started their search a year ago, some of them, and they're just losing out, left, right and centre," she said, adding some feel pressured to make unconditional offers without due diligence.

The community, about a 40-minute drive to Whistler and roughly the same distance to Vancouver, has grown with buyers starting families, Franz said.

Retirees aren't moving to Squamish, but many parents are heading there from elsewhere in Canada, including Ontario, to support their children having their own kids, Franze said.

"Squamish is what Whistler was 20 years ago. Obviously, Squamish is moving much quicker than Whistler would have."

Nathanael Lauster, an associate professor of sociology at the University of British Columbia, said the pandemic has exacerbated more recent moves to Squamish as more people have been working remotely.

"It'll be interesting to see in the longer-term just how these things show up with the next census in 2026," he said.

Cities, including Vancouver and parts of Vancouver Island, have not updated building bylaws to allow for more housing stock, so growth in towns like Squamish has spiked higher, he added.

"Where you allow new housing to be built is also where you see new population growth."

Doug Norris, senior vice-president and chief demographer at Environics Analytics, said population growth in parts of B.C. is being fuelled mostly by immigrants from India. But it's also being driven by some interprovincial migrants, notably from Alberta after the collapse of parts of the resource sector, he said.

While immigrants from India have traditionally settled in Surrey, more of them have been moving further east to the Fraser Valley, including the communities of Chilliwack and Abbotsford, for more affordable housing, Norris said.

The Real Estate Board of Greater Vancouver said earlier this month that sales in January were 25.3 per cent above the 10-year January sales average and that a low supply meant greater competition among buyers.

Carlos Teixeira, a geography professor at the Okanagan campus of the University of British Columbia in Kelowna, said the community is particularly attractive for retirees, and increasingly, for international students who may settle there.

"In addition to being a tourist and retirement community, Kelowna is also the Okanagan's economic engine," he said.

"Its ideal location, its proximity to major Canadian cities like Vancouver, Calgary and Edmonton and its mild weather attract healthy immigrants who can afford the city's high cost of living."