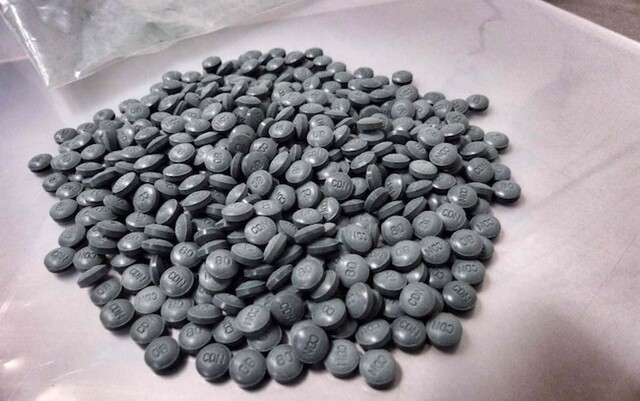 A Fort St. John man is among five people charged with drug trafficking after federal police seized more than $1.6 million in fentanyl and meth following an 18-month investigation across Western Canada.

ALERT and the RCMP’s Federal Serious Organized Crime unit say they seized 4,998 grams of fentanyl, 9,970 grams of meth, 50 grams of cocaine, $82,500 cash, and 11 firearms following a search of homes in in Calgary, Edmonton, and Fort St. John.

Police investigations began in Medicine Hat after a number of significant drug busts in southeast Alberta in early 2020, which ALERT says was able to trace the drug supply and develop a picture of the criminal organization believed to be responsible.

ALERT says the drug network originates from the Lower Mainland, and was spread out across Calgary, Edmonton, Medicine Hat, Red Deer, Grande Prairie, Saskatoon, and Winnipeg.

The drugs had a street value of more than $1.6 million, ALERT said, with the yield on fentanyl alone estimated at 50,000 doses.

Among those charged with drug trafficking, conspiracy to traffic drugs, and participating in a criminal organization, among others, is Atta Ul Waheed Sheikh, 34, of Fort St. John.

A warrant has also been issued for Dillon Burgie, 40, of Calgary, who is believed to be somewhere in B.C.