Orcas 'get a massage' 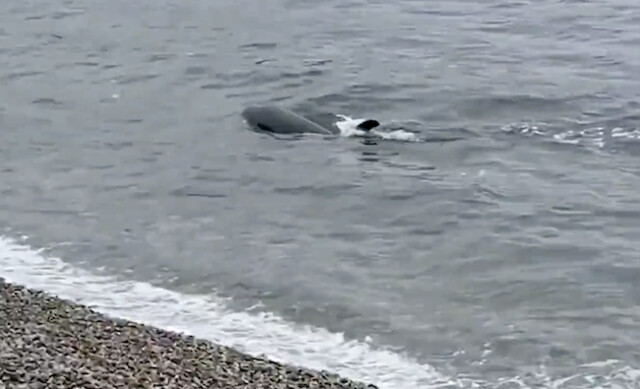 While on his daily stroll, Tim Struck came across a view he hadn’t experienced in his 20 years on the Sunshine Coast.

A trio of orcas were closer to the shore of Trail Bay, on Sechelt’s waterfront, than Struck had ever seen them. The two smaller whales seemed to be rubbing themselves on the smooth rocks that line the beach, and Struck was able to catch the moment on camera.

“It was arguably one of the most amazing things I've ever seen. I have seen whales up close coming out of Pender Harbour out to the ocean there,” Struck said. “But this was different because they were right on the beach. They were clearly rubbing themselves on the soft rocks on the beach… totally getting a massage.”

The water off the beach is quite deep, Struck noted, so the whales could easily swim in and out, even if it looks like they were beaching themselves.

Struck was wearing shorts and stayed as long as he could until he became too cold.

“You just don’t get to see that every day,” he said. One acquaintance of Struck’s said to see whales up close is a bucket-list item.

Struck is not one for social media, and his wife Kirsten shared his videos of the orcas online for others to enjoy.

As for their daily walk, Struck said he and Kirsten, who was working at the time, “walk every day and hope that we see the whales again.