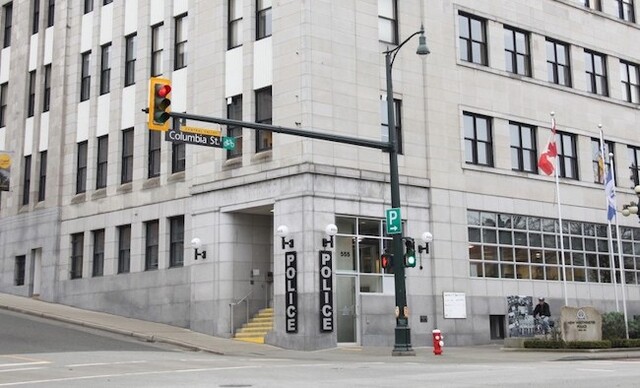 At attempt to take a baby in a stroller and a fight with a motorist were part of a random attack in downtown New Westminster on Friday night.

New Westminster Police report that a man has been arrested and charged following a series of events that allegedly included reaching for a baby in a stroller, fighting with the guardian of the child, fighting with a driver after blocking traffic and assaulting a police officer.

About 7:45 p.m. on Friday, the NWPD was called to the intersection of Sixth and Carnarvon streets for a report of a fight.

Upon arrival, Kurmar said a suspect had attempted to take a baby and a stroller away from their parents. When they fought off the suspect, Kumar said the man turned his aggression toward traffic and slammed his hands on the hood of a vehicle, at which point the driver got out and confronted the suspect.

Kumar said New Westminster police officers arrived on scene and arrested a suspect, who allegedly spat on an officer while being arrested.

“We understand that there were numerous witnesses to this traumatic event. We can appreciate how an event like this can be distressing,” he said. “We encourage those people, if you need help, to please reach out to our victim assistance unit.”

Jamie MacLean, a 46-year-old New West resident, has been charged with the one count of mischief and one count of assaulting a police officer.