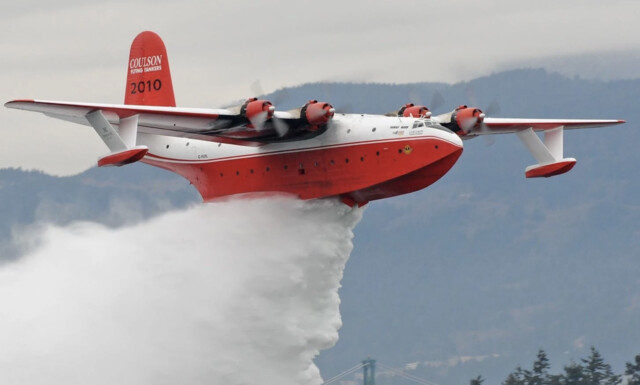 For a cool $5 million, you could be the new owner of the largest flying water bomber ever manufactured.

Listed for sale on Platinum Fighter Sales, Hawaii Mars is rated a 9 out of 10 in both interior and exterior.

Hawaii Mars was the largest flying boat ever to enter Allied service during World War II and was soon assigned the role of a transport aircraft instead.

Only five of the aircraft were manufactured, with only two remaining today, the Hawaii Mars and Philippine Mars, which were converted back into water bombers.

Both aircrafts are owned by the Coulson Group of Companies.

The Hawaii Mars, stored at Sproat Lake, Port Alberni, BC, remains the only example of its type in the world, however it retired in 2015. The last time the aircraft was used in B.C. to attack a fire was that year when the province awarded Coulson a 30-day contract.

The Martin Mars Hawaii is equipped to carry 27,000 litres of water and can drop from a height of 150 to 200 feet, covering three to four acres of land in a single drop.

The listing on Platinum Fighter Sales says the aircraft will be sold "as is where is.”

More details and specs on the Martin Mars Hawaii can be found on the Platinum Fighter Sales website. 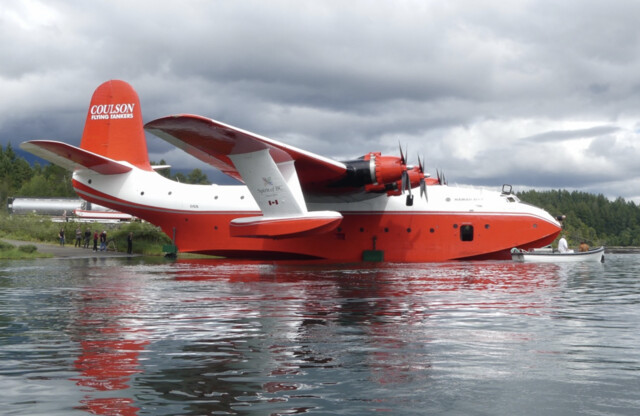