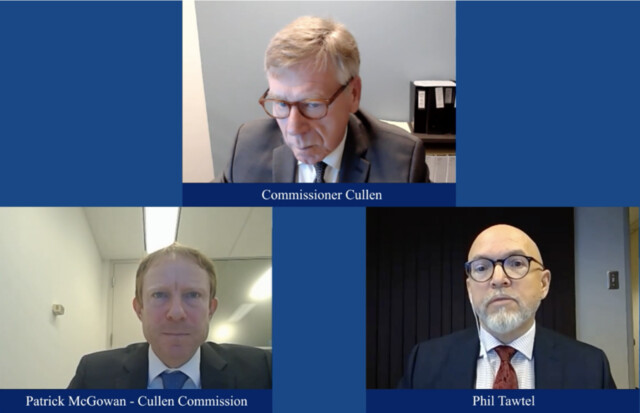 The B.C. Minister of Public Safety is expanding a program that allows government to seize property for alleged crimes not proven in a court of law.

The B.C. Civil Forfeiture Office (CFO), which received criticism at the Commission of Inquiry into Money Laundering in B.C. last year, is broadening its definition of what is “likely to cause serious bodily harm” in order to seize two new communications tools being used by organized crime and drug trafficking suspects.

Those tools cited in a Friday news release are radio jammers and GPS trackers. Criminals use jammers to block the ability of police using GPS to monitor them and to block radio communication by authorities, said the ministry.

And GPS trackers are being used by drug traffickers to track rivals they are “targeting with violence or to keep tabs on subordinates, vehicles and high-value contraband items such as guns and drugs,” added the ministry.

"We need to ensure that our civil forfeiture program is working as well as it can, so when police advise us about how drug gangs and organized crime are changing the ways they do business in B.C., we are committed to taking necessary steps to keep pace," said Mike Farnworth, Minister of Public Safety and Solicitor General. "These latest regulatory changes build on the legislative updates we made in 2019 and will help reduce violent crime and other activities that pose clear risks to public safety."

Fiona Wilson, deputy chief of the investigation division, Vancouver Police Department, said it was important to be able to seize these tools.

But the CFO appears not done with expanding its powers.

“The CFO is also formalizing its ability to secure specific information from more public bodies, which can strengthen cases against money laundering and gang activity. Public bodies added to the prescribed list in the regulation include the BC Securities Commission, the Motor Dealer Council, the BC Lottery Corporation, BC Hydro and BC Assessment.”

Details have yet to be announced.

The office must apply to the court to seize property, including property suspected of being proceeds of crime. It does not conduct investigations but can compel government bodies to provide information. A common seized item may be a vehicle and so it may compel ICBC for registration data.

One may fight the application by the office by providing proof of innocence.

This has raised significant concerns among lawyers and specifically the BC Civil Liberties Association.

The association asserts civil forfeiture lacks judicial oversight, undermines access to justice and lacks transparency. On the whole, the forfeiture regime may not even be effective, it told the money laundering inquiry last year.

“There is a serious risk that police will rely on civil forfeiture as a shortcut to avoid conducting a proper criminal investigation.”

The inquiry has heard how federal RCMP have been ineffective at prosecuting money laundering crimes.

The CFO's executive director Phil Tawtel told the inquiry the office has seized $114 million worth of cash and items since inception 10 years ago. About 35% goes to court fees, 15% to run the office and 50% goes back to community-level crime prevention.