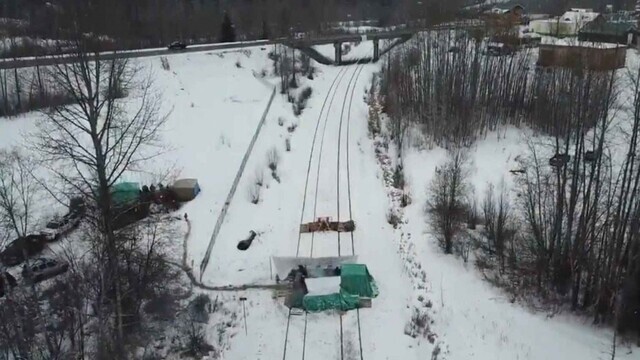 CN Rail says it does not plan on privately prosecuting three participants of a 2020 blockade in Northern B.C. after being granted that right.

The BC Supreme Court ruled last month that the company was able to privately pursue criminal contempt charges against three people involved in the blockade in New Hazelton, B.C. on Feb. 24, 2020.

The blockade was in violation of an injunction made two weeks prior, at the height of nationwide protests in solidarity with Wet'suwet'en hereditary chiefs fighting against the Coastal Gaslink Pipeline.

The BC Prosecution Service, which typically has the final say on who gets charged with criminal offences in the province, declined an invitation of the court to press charges.

Prosecutors tried to argue it was “not in the public interest” that the protesters be criminally prosecuted on the basis that they were non-violent, mostly cooperative and did not return to block the tracks after their arrest.

A Supreme Court Justice, however, ruled that court injunctions must be enforced, and if the Crown didn’t want to do it, the company should have to option.

In a statement to Castanet News on Friday, CN Rail said it will not wield the power granted to them.

“CN is satisfied that this injunction was ultimately enforced and does not intend to pursue criminal contempt against the protesters,” the company said in a one-line statement to Castanet News.

The Port Authority decision was also relied upon by a judge dealing with the injunction contempt case for the ongoing Fairy Creek blockades on Vancouver Island. But in that case, provincial prosecutors deemed it in the public interest to press criminal charges against hundreds of protesters.