B.C. tenant claims he didn't know people having oral sex on his balcony in view of everyone 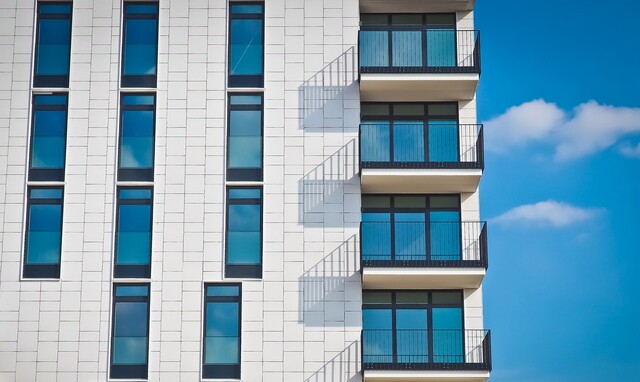 B.C. tenants often try to convince the Residential Tenancy Branch that they were unaware of certain issues to avoid being evicted or paying for repairs—and landlords are also guilty of this behaviour.

But some individuals try to wriggle out of truly bizarre circumstances.

According to the Canadian Criminal Code section 174, no one can be nude, without lawful excuse, in a public space or on private property while exposed to public view; it doesn't matter if the property is their own or not.

Anyone who is nude in public view is "guilty of an offence punishable on summary conviction."

Vancouver criminal lawyer Kyla Lee told Glacier Media in a previous interview that people who have windows that are visible to the public need to ensure they are not spotted in the nude. It doesn't matter if the windows are a couple of storeys high, either.

According to B.C.'s Residential Tenancy Act (RTA), landlords are responsible for providing quiet enjoyment to all tenants. Upon getting a disturbance complaint from a tenant, the landlord must take steps to fix the problem. For example, a landlord may need to speak to a tenant about noise if it bothers neighbouring tenants.

Tenants must make sure they, their guests and their pets don’t unreasonably disturb other occupants.

Oral sex on the patio

In one particularly scandalous Victoria, B.C. rental dispute, a landlord claims that people were performing oral sex on a balcony in view of everyone in a multi-unit family complex in broad daylight. The tenant in question resided on the ground floor and the entrance to their unit was through the balcony. There were also other units surrounding the tenant's apartment.

According to the landlord, the caretaker of the property was posting notices on all of the tenants' doors about upcoming repairs to the units when he observed a man and a woman "engaging in oral sex" on the neighbouring patio. While the caretaker could clearly see the sex act, he noted that the activity was "fully visible to anyone in the complex" and that there are seniors and children residing in the complex.

The landlord added that the complex is not secluded and is located in a "high foot traffic area." They submitted photos of the balcony in question that showed how balconies above it could easily have observed the sex act, too. Additionally, the landlord said many tenants have complained about the tenants drinking, substance abuse, and smoking.

According to the landlord's statement, many of the other renters are afraid to formalize written complaints because they fear retribution.

In response to the accusation, the tenant stated that he didn't know the people who were engaged in the sex act. While he admitted he was home the day it happened, he noted that they were performing it in a "blind spot" where he wouldn't have seen it.

The RTB wasn't buying any of this story, however. They found the landlord submitted enough evidence to sway the balance of probabilities against the tenant and the landlord eviction notice was allowed to stand.

Here are just a handful of the multiple decisions involving sex-related issues in past years.