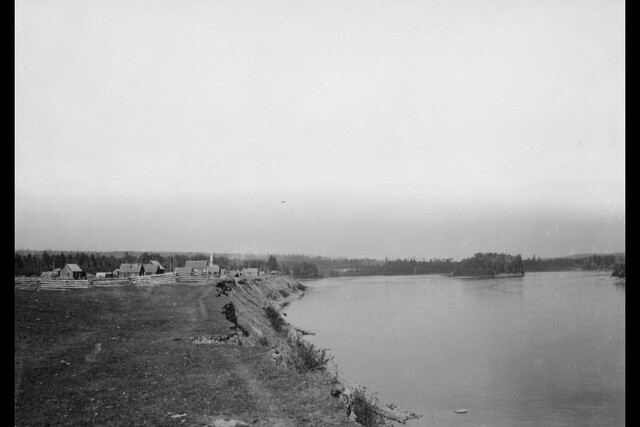 It was a difficult and challenging but important 2021 for Lheildi T’enneh Chief Dolleen Logan.

Elected on April 8, Logan is the first female chief to lead the nation since back in 1969 when Mary Pius was elected.

“I have some huge shoes to fill,” said Logan, adding that the first few months of her first term flew by. “It was exciting to be the second female chief in 50 years, especially during COVID.”

Logan previously served six years as a band councillor, and now as chief, she's recently had the opportunity to oversee the culmination of 30 years of work.

In December, the First Nation filed for a specific claim regarding the sale and destruction of Lheidli T’enneh’s original village site in 1913.

The original village site is located where Lheidli T’enneh Memorial Park (LTMP) is now and after it was sold in the fall of 1913, the remaining members of Lheidli were forced off the village against their will, removed from their homes and the village was burnt to the ground.

“All the information, all the gathering, the lawyer, everything, it has been a long journey and we are finally able to submit,” said Logan, adding that the Nation's lawyer is expected to make a video update for community members.

A specific claim is a federal government process regarding historical wrongs committed by the government against First Nations. This includes illegal alienations of Indigenous lands or mismanagement of Indigenous assets.

The Government of Canada works with First Nations to resolve outstanding specific claims through negotiated settlements and the process provides a way to resolve disputes outside of the court system.

“It will take up to two years to process but two years is nothing compared to the decades leading up to it,” said Logan. “But It is an accomplishment for the First Nation to finally have it submitted.”

Further healing for Lheidli T’enneh will come in the spring when the Nation breaks ground on its new daycare centre located in LTMP right beside the Exploration Place.

“That is another exciting thing because it’s our original village site,” said Logan. “To bring actual life back into the park from a child’s point of view – and their laughter, that is what the park needs. My mum is buried there and I know she would love to have kids there being kids.”

Logan said it will be called Daycare at the Park and have a Lheidli T’enneh influence in terms of teaching language and culture.

“But I’d imagine we’d be teaching a whole pile of stuff in there because the museum is going to be right there,” added Logan.