Convictions for 1987 murder of Saanich couple overturned by appeals court 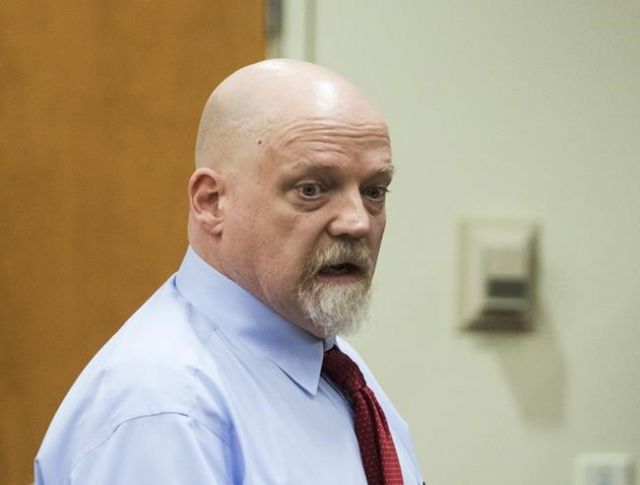 Photo: The Canadian Press
FILE - William Talbott II pleads his innocence before a judge sentences him to life without parole at the Snohomish County Courthouse on Wednesday, July 24, 2019, in Everett, Wash. Talbott was convicted of killing a young Canadian couple more than three decades ago. An appeals court in Washington state on Monday, Dec. 6, 2021, overturned the cold-case murder convictions. The three appeals court judges found that one of the jurors should have been dismissed during the jury selection because she said she didn't know if she could be fair. (Andy Bronson/The Herald via AP, File)

A Washington state man found guilty of the aggravated murders of a young Saanich couple more than 33 years ago has had his convictions overturned due to juror bias.

William Earl Talbott II was convicted in July 2019 and sentenced to two consecutive life terms for the first-degree murders of 18-year-old Tanya Van Cuylenborg and Jay Cook, 20. The couple left Victoria on Nov. 18, 1987, to retrieve furnace parts from Gensco Inc. in Seattle for Cook’s father.

On Nov. 24, Van Cuylenborg’s body was discovered down a steep embankment off Parson Creek Road in a rural wooded area of Skagit County. She had a single, close-range gunshot wound to the back of her head. She had been restrained with zip-tie fasteners and sexually assaulted.

On Nov. 26, Cook’s body was discovered in a rural area of Snohomish County. He was covered with a blue blanket and had multiple blunt force wounds to his head. He had been restrained with the same type of zip-tie fasteners. His cause of death was determined to be strangulation.

With the help of DNA analysis by Parabon Nanolabs, genealogist CeCe Moore traced family trees on the ancestry database GEDmatch. The mother’s and father’s lines intersected with the Talbotts, a Woodinville family with only one son, William.

Undercover officers put Talbott under surveillance and eventually collected a discarded coffee cup. His DNA matched the profile and Talbott was arrested in May 2018 and convicted the following year.

Talbott later appealed his convictions on the grounds that one of the jurors was biased. Talbott also claimed that a number of evidence and constitutional errors occurred during his trial.

On Monday, the Court of Appeals of Washington state overturned his convictions.

The three appeals court judges found that one of the jurors should have been dismissed during jury selection because she said she didn’t know if she could be fair. She had experience of violence against women and she did not know if she, as a mother, could be unbiased in such a case, she said.

“A flood of emotion might come over me … and cloud my judgment,” she said.

The juror, known as juror 40, was still seated by Superior Court Judge Linda Krese, who has since retired. The juror heard witness testimony for weeks and reached the guilty verdict with 11 others, following three days of deliberation.

“After her clear, repeated expressions of actual bias as to the precise nature of the allegations at the heart of this trial and evidence which would be introduced, we cannot conclude that juror 40 was sufficiently rehabilitated such that Talbott was provided a fair and impartial jury,” the appeals court wrote.

The families of the two young victims could not be reached for comment on the overturned convictions.

Prosecutors have until Jan. 5 to ask the state Supreme Court to review the appeals court ruling.

Talbott was the first person to be convicted by a jury in a case involving genetic genealogy. The technology had been used to crack the Golden State Killer serial murder case in California and has been used to solve many other cases.

Talbott’s appeal lawyers raised many other issues related to the evidence in the case, as did Talbott in court papers he prepared himself, but the appeals court only addressed juror bias, not concerns related to genetic genealogy.

with files from the Canadian Press