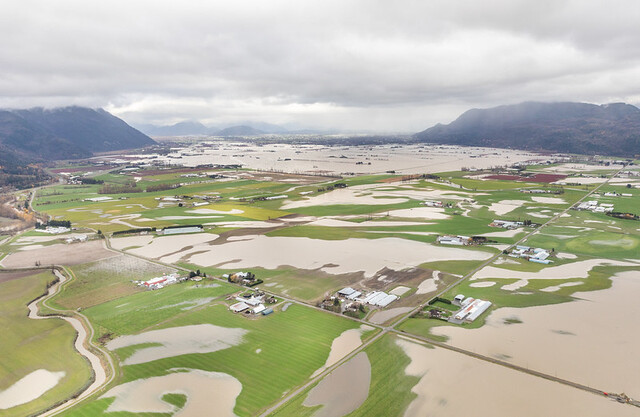 The widespread flooding across the Sumas Prairie area of Abbotsford has had massive impacts on the farms in the area, and hundreds of thousands of animals have drowned.

During Thursday's press conference, Minister of Agriculture Lana Popham said 628,000 poultry have been reported dead in the Sumas Prairie area, along with about 12,000 hogs and 420 dairy cattle. Additionally, about 110 beehives remain flooded.

While the worst of the recent storms is believed to have passed, Popham said 819 farms remain under evacuation order in the Sumas Prairie area.

“The work by farmers and volunteers and companies to clean out barns and to remove those animals continues to be extremely heartbreaking,” Popham said.

“I've been in constant contact with farmers through the latest series of storms and they're continuing to show their incredible resilience.”

Popham said the government is still working to fully assess total losses in the region as a result of the flooding. There are about 700 acres of blueberries in the Sumas Prairie, and some fields were flooded with eight feet of water. Many remain underwater.

“We're not going to be able to know the full extent of the damage of those plants,” Popham said, adding that blueberry plants won't come out of dormancy until April.

Popham said the government is working to set up donation centres in the area to help manage the feed and supply donations that are coming in for impacted farmers.

“Having to find places for donations is a good problem to have,” she said. “The generosity of people has been exceptional.”