Fan has brush with TV star 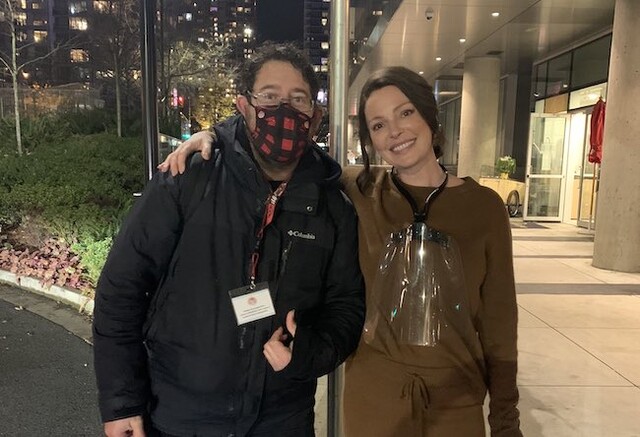 A Vancouver fan met actress Katherine Heigl this week while she's in the city filming the Netflix series Firefly Lane.

Adam Davies shared an image of himself and Heigl on Twitter.

The American TV and movie star has appeared in productions including Knocked Up, The Ugly Truth, and more.

Firefly Lane is about two best friends who are always there for each other with an "unbreakable bond that carries them from their teens to their 40s," according to Netflix.

In early October, locals shared images of Heigl and Canadian actress Sarah Chalke (Scrubs, How I Met Your Mother) filming the show outside of the Vancouver Club.

A New Westminster resident who frequently shares photographs and videos from local film shoots quipped, "Who’s that Adam is that your GF?"

Curious where some of your favourite small-screen moments on Netflix were filmed?

A new website shows what locations were used in popular shows and movies; it gives a brief description of what happened in the scenes that were filmed in each location, too.