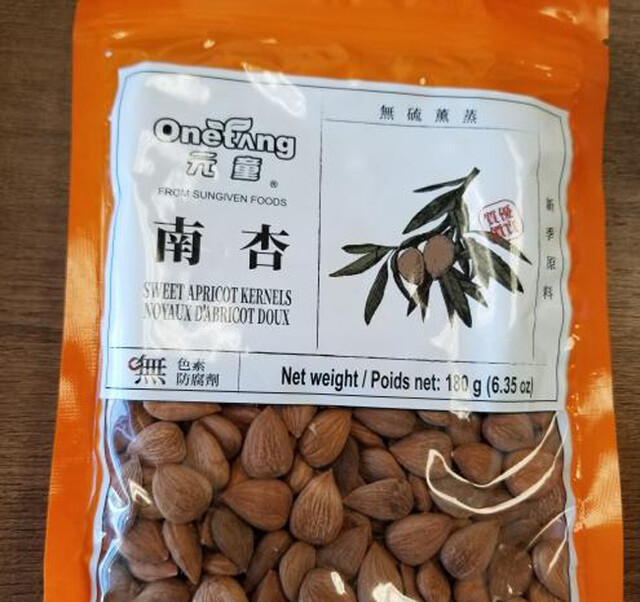 The makers of One Tang brand sweet apricot kernels have voluntarily issued a recall on the product.

The recall, announced Monday by the Canadian Food Inspection Agency, was issued due to the presence of amygdalin, a natural toxin.

The agency says the product contains excessive amygdalin which may cause acute cyanide poisoning.

The recall comes three days after the company's bitter apricot kernels was recalled for the same reason.

Both products were sold in B.C.

CFIA says anyone in possession of either product should either throw them away, or return them to the store in which they were purchased.

"Apricot kernels naturally contain amygdalin, which can release cyanide after being eaten. The human body can eliminate small amounts of cyanide, but larger amounts can result in cyanide poisoning, which could lead to death," the agency states.

If you believe you have become ill after consuming a recalled product, you should consult a doctor immediately.