Pipeline still days away from restart 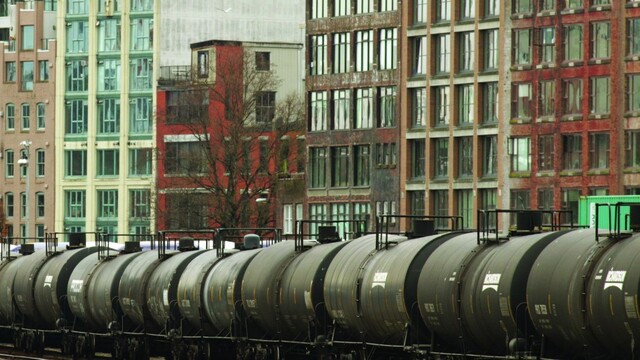 Photo: BIV Archives
Oil and refined fuels have been moving by rail to B.C.

Trans Mountain Corp., which had hoped to have the pipeline that supplies most of southwestern B.C.’s oil and gasoline back in operation by now, says it will be days yet before the pipeline restarts.

In an update today, Trans Mountain said it has made progress on restarting the pipeline, which was shut down as a precaution following the flooding that occurred between November 13 and 14.

Last week, the company said it hoped to have the pipeline back in operation by the end of the week -- i.e. Sunday. But additional rains have set the work back.

"Work was interrupted at some sites on Sunday November 28, 2021 due to high water or lack of access," the company said in an update today.

“Based on current conditions and the amount of progress we have been able to make in the face of continued challenges with weather and access, we are still days away from restarting the pipeline at a reduced capacity."

The pipeline provides crude oil for the Parkland refinery in Burnaby, which supplies about one-third of the Lower Mainland’s refined fuel – gasoline and diesel.

The pipeline also brings refined fuels from Alberta refineries to the Lower Mainland. Last week, Parkland announced it was ceasing refining and would keep its refinery in Burnaby in ready mode for when the pipeline restarts.

“Once restarted, delivery of oil and refined products currently in the line will continue as they progress to their delivery points at either Kamloops, Sumas, or Burnaby,” Trans Mountain says.

“After initial start-up, a sustained effort will continue to return the system to its full capacity as soon as possible."

At a press conference today, B.C. government officials said refined fuels have been coming into B.C. by barge and by rail, but that a rationing of 30 litres per fill-up will remain in effect until December 14.