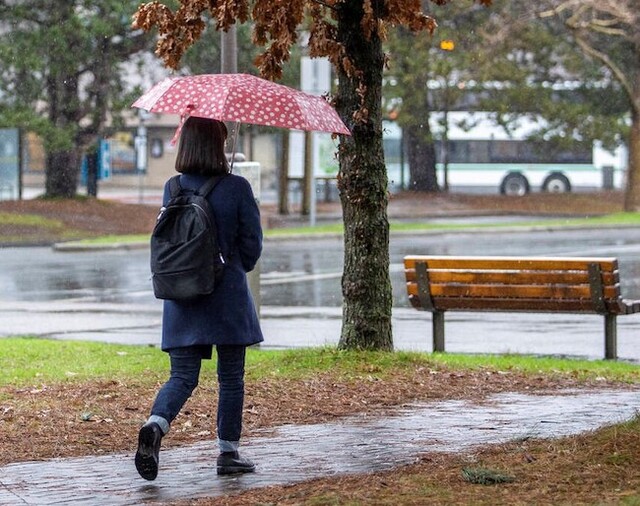 The second of three successive “atmospheric rivers” expected to hit B.C. is on its way, bringing large quantities of rain to parts of Vancouver Island this weekend.

In Greater Victoria, there is likely to be 25 to 30 millimetres of rain at the most, said Environment Canada meteorologist Armel Castellan, but Tofino could see rainfall in the 100 mm-plus range through Sunday afternoon.

Fifty to 70 mm of rain is expected to fall over the same period on the east coast of the Island, from Nanoose Bay to Fanny Bay, and including Parksville/Qualicum, which was hit especially hard by heavy rainfall about two weeks ago. Port Renfrew, meanwhile, could see up to 130 mm of rain.

Castellan said the first atmospheric river — or band of moist air — arrived on Thursday and was especially strong on the Island’s west coast. “We saw 193 mm in Tofino, which is very high.”

Karl Ablack, president of the Port Renfrew Chamber of Commerce, said the community is preparing for the storm and may do some sandbagging in areas where flooding has occurred in the past.

“In the last storm we fared pretty well,” he said. “And we’re working with the Ministry of Transportation to have some culverts cleared where it’s a little bit overgrown, and just making sure water flow is running appropriately.”

A number of other Island communities are piling up sandbags in hopes of preventing serious flooding, as Environment Canada warned about flash floods and water pooling on roads.

The weekend rain will be followed by “a bit of an unknown” from the third atmospheric river, expected to arrive Tuesday or Wednesday, Castellan said.

“It’s too far away to speak in too much detail for Tuesday-Wednesday,” he said. “And that’s the gist of the ­storyline because beyond that, it’s even harder to tell.

Meanwhile, the federal and B.C. governments have created a joint ­committee of cabinet ministers to deal with the devastation caused by flooding in many areas of the province, while also promising to match donations given to the Canadian Red Cross.

Horgan said a specific request for federal funding on the rebuild wasn’t made by B.C. because it is premature, but Trudeau said Ottawa will help the province to recover and prepare for the future effects of climate change.

“We will be here for whatever is needed,” Trudeau told a news ­conference at the legislature. He toured ­damaged areas around Abbotsford ­earlier in the day.