Highways 1, 3, 99 to close Saturday in preparation for new storms 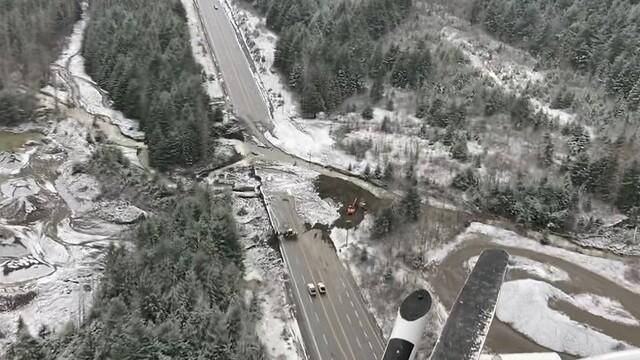 Photo: Ministry of Transportation
Damage to HIghway 3 from earlier this month

The B.C. government is pre-emptively closing several major highways connecting the Interior and the coast Saturday, in preparation for more “atmospheric rivers” hitting the province.

The exact time of the closures, and the duration, will depend on weather conditions.

“The highway infrastructure in these areas is extremely vulnerable following recent storms, and more heavy rain in the forecast poses an additional risk,” the Ministry says.

“The closures of these three highways will be re-evaluated on Sunday morning, with the highways reopened when it is safe to do so.”

Highway 1 between the Popkum area and Hope will also be closed Saturday afternoon, so BC Hydro can release the Jones Lake Reservoir as heavy rains hit.

“This additional flow - combined with the increased precipitation and already high stream flows - poses a risk of impact to Highway 1 in the Laidlaw area,” the Ministry says.

The province expects further damage to Highway 1 in the area as a result of the incoming storm. Highway 7 between Hope and Mission will remain open to essential travel.

Another “atmospheric river” is forecast to hit the B.C. coast Saturday afternoon, with a second forecast for Tuesday. Next week's storm is expected to be more severe than Saturday's.