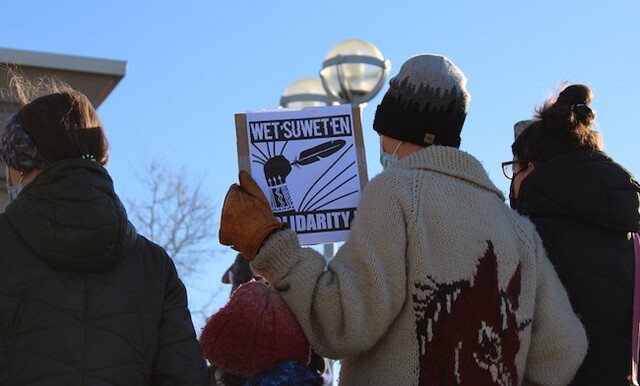 The remaining 10 opponents were released on the condition they appear in court in February and must also comply with the terms of an injunction order granted to Coastal GasLink in December 2019.

Those who are Wet’suwet’en, however, were given exception they can access the exclusion zone for hunting fishing, or cultural purposes as long as the activities don't take place within 10 metres of GasLink worksites.

However, the company sought to bar Gidimt’en Clan member Molly Wickham, also known as Sleydo, from the exclusion zone because of “her ongoing activity into the opposition of the order.”

Company lawyer Kevin O’Callahan argued Wickham has chosen to protest in a way contrary to the order and that it's not clear from her behaviour she will refrain from breaching the order if she is allowed to return.

“More than any other individual arrest, Ms. Wickham can be said to lead the protest activities and has called publicly for the support of the blockade.”

However, Wickham’s lawyer, Frances Mahon, said that banning Wickham from her land as a Wet’suwet’en woman would be unnecessary and would impair the public’s confidence in the administration of justice.

“Preventing her from hunting, fishing trapping, or engaging in cultural purposes within the exclusion zone is also not rationally connected to the breach that has been alleged against her,” said Mahon.

“Preventing her from using or being on the land would simply be punitive and that is not what release conditions is meant to accomplish.”

Justice Marguerite Church said that Wickham was “undoubtedly the leader and spokesperson for the protest group and has made numerous public statements with respect to her opposition to the plaintiff’s construction in Wet’suwet’en territory.”

Church said that while Whickham is not technically a repeat contender as she was not convicted following a 2019 arrest for breaching the order, she believed there was some concern Wickham would not comply with the order as the circumstances are highly suggestive of repeated and deliberate defiance.

However, Church said the “blanket exclusion suggested by the plaintiff would effectively prevent her from exercising her constitutionally protected aboriginal rights.”

Church said Wickham would have to agree to not be within 75 metres of any GasLink worksite rather than the 10 metres, which was a condition of release for the other Wet’suwet’en pipeline opponents who were arrested.

Church said this amendment to the conditions seeks to strike a balance between the rights of Coastal Gas Link with respect to minimizing obstruction and interference and Wickham’s constitutionally protected rights as an Indigenous person.

A court date of Feb. 14, 2022 has now been set for everyone who was arrested and released. 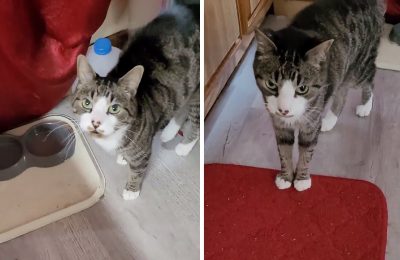