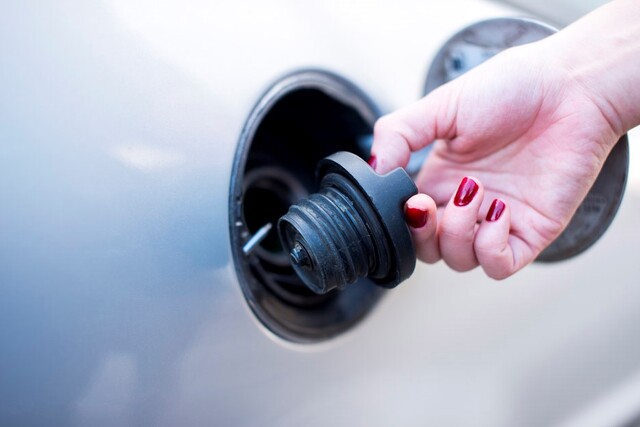 John went to his car on a South Burnaby street Saturday morning and saw something weird.

The flap on his gas tank was open.

“I thought that I must’ve left it open when I filled up on Friday night,” he said. “I was wrong.”

Instead, John saw that the plastic cover on the gas tank was also open. That’s when he realized something was really wrong.

“When I fired up my car, my gauge said my gas tank was on empty,” said John, who doesn’t want to identify the street in case other thieves get any bright ideas. “Someone had siphoned out all of the gas. I got out and took a look around and saw the flaps open on most of the cars on our street. They drained us.”

John admits he raced to the gas station Friday night after the provincial government announced restricted access to gas for 10-11 days in some parts of B.C.

Mike Farnworth, B.C.’s minister of public safety and solicitor general, said access to gas will be prioritized for emergency and essential vehicles, granting them unrestricted access to gas using commercial card-lock stations. Non-essential vehicles used by average British Columbian will be restricted to 30 litres of gas per visit in southwestern B.C. (from Metro Vancouver east to Hope), Vancouver Island and the Sunshine Coast.

“I guess I shouldn’t be surprised,” John said. “Gas just became that much more valuable and so you get people stealing it. It’s a pretty sad situation. Of course, I didn’t follow the 30-litre thing so I maybe this is karma.”

Farnworth said the gas restriction will be on an “honour system” but news reports found that many people were filling up with more than 30 litres.

“They’re [British Columbians] going to do the right thing,” Farnworth said with optimism. “Will there be people that want to … [not] abide by that? Yes, there will. But the overwhelming majority of people will do the right thing,” he said, adding those who don’t abide by the new restriction could face “a significant fine of about $2,000.”

“We can’t have a police officer at every gas station.”

Farnworth said the province has a “reduced but steady supply of gasoline” and that more would be coming in via truck and barge from Alberta, Washington state, Oregon and California.

In the meantime, he’s urging British Columbians to consider using transit, or else carpooling or walking to their destinations.

– With files from Tyler Orton, Business in Vancouver