BC government says repairing the Coquihalla will take 'months'

The Coquihalla Highway east of Hope will take months to get reopened, while Highway 3 is expected to be reopened to emergency vehicles only by the end of the weekend.

The “atmospheric river” that hit British Columbia Sunday and Monday caused widespread mudslides and flooding across the southwest of the province, damaging all major highways that connect the Lower Mainland to the Interior.

During a press conference Thursday, Paula Cousins with the Ministry of Transportation said initial damage assessments on the Coquihalla have now been completed, and while it's still too early to know how long repairs may take, she said “temporary repairs are going to take months.”

“Our crews are preparing site plans to begin temporary repairs, while engineering, procurement and construction experts work to determine the best and fastest way to restore the corridor to its pre-event conditions,” Cousins said.

Minister of Transportation Rob Fleming said there are five distinct “areas of concern” on the Coquihalla, some of which are “very significant.” Photos and videos from the highway show collapsed bridges and entire sections of the road completely washed away.

“The assessments that are going on right now with our geotechs, with our engineers, with road builders and others who are involved, is to come up with a plan about what a shorter term restoration of the Coquihalla might look like,” Fleming said. “[Being] mindful of the [winter] weather conditions ... what kinds of temporary fixes and alternate routes might be able to restore the Coq and on what timeline. We'll have updates, but this week it's unknown.”

While repairs on the Coquihalla will likely continue through the winter, there's better news coming from Highway 3, east of Hope. Fleming says he expects the road to be reopened by the end of the weekend “for very limited traffic,” like transporting essential goods and services.

“We have both the structural and geotechnical rapid assessment team on site [at Highway 3], taking a look at the damage and assessing it,” said Janelle Staite with the Ministry of Transportation.

“Before any road is reopened we want to ensure that we're not compromising the safety of any travellers before we put folks on those roads.” 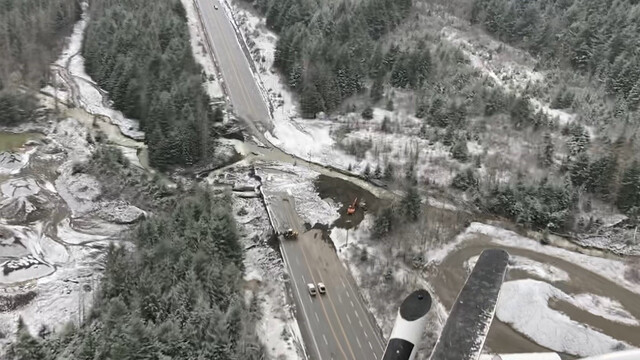 Minister of Public Safety Mike Farnworth said the government will likely implement non-essential travel restrictions on some B.C. highways once they reopen, to allow for essential services to move through unimpeded.

“As roads are repaired, in many cases it will be through limited access, so it may be single lane, or alternating traffic, and obviously we want to ensure the priority is for commercial vehicles and essential traffic,” Farnworth said, adding he expects to have more details on that order come Friday.

Additionally, crews have been able to clear a path through on Highway 1 north of Hope, exclusively for emergency vehicles, which has allowed CP Rail crews access to repair their tracks.

Highway 99 north of Pemberton also remains closed, but Cousins said limited public access could be reopened in the coming days.

To date, one person has been confirmed killed in a slide that hit Highway 99, but RCMP spokesperson Dawn Roberts said they are now searching for four missing people connected to that slide.

Cousins said Highway 8, between Merritt and Spences Bridge, experienced the most extensive damage among B.C. highways, and crews are still working to understand the extent of the damage there. 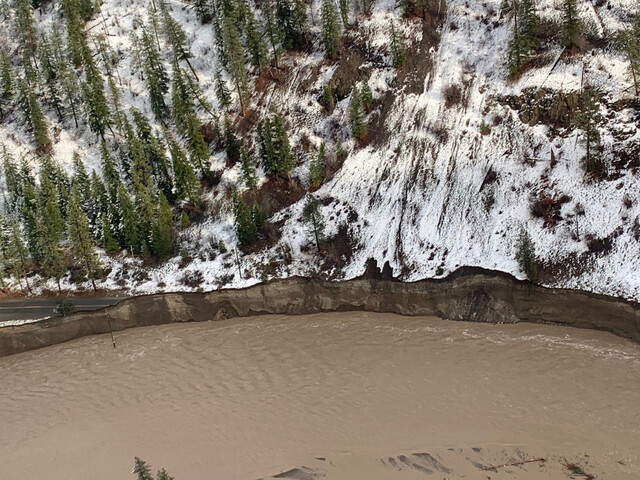 The B.C. government is holding a press conference to update residents about widespread flooding and mudslides across B.C.