Highway travel between the Interior and Lower Mainland remains cut off 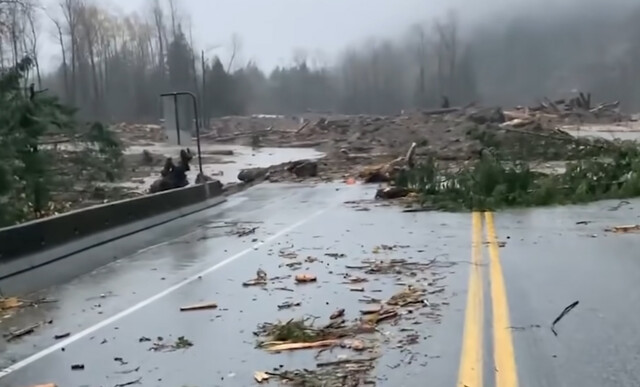 The Lower Mainland remains cut off from the Interior of the province, with no definitive break in sight.

Highways leading into, and out of the Interior to the west are closed for a second day due to massive flooding, mudslides and washouts from weekend storms.

At the moment, the only way to reach the coast is through the United States or by air.

Coquihalla Highway - Closed in both directions after a mudslide south of the snowshed washed out a portion of the highway. No word when the road can be repaired and reopened.

Highway 1 - Closed between Hope and Spences Bridge in the Fraser Canyon after a rockslide knocked out a portion of the highway. There's no indication when the road can be reopened.

The Trans Canada is also still closed between Hope and Abbotsford due to flooding and mudslides.

Highway 3 - Closed in both directions due to a mudslide in the Sunshine Valley between Hope and Manning Park, and flooding between Princeton and Hedley.

Highway 99 - The highway is closed between Pemberton and Lillooet due to a mudslide.

Highway 8 - The highway is closed due to flooding from Spences Bridge to Merritt.

Highway 7 - The highway between Agassiz and Hope on the north side of the Fraser River is closed in spots due to flooding and a mudslide.

The highway closures have resulted in panic buying in some communities over concerns about the supply chain and the flow of goods.

DriveBC is not indicating when any of the routes will be able to reopen.