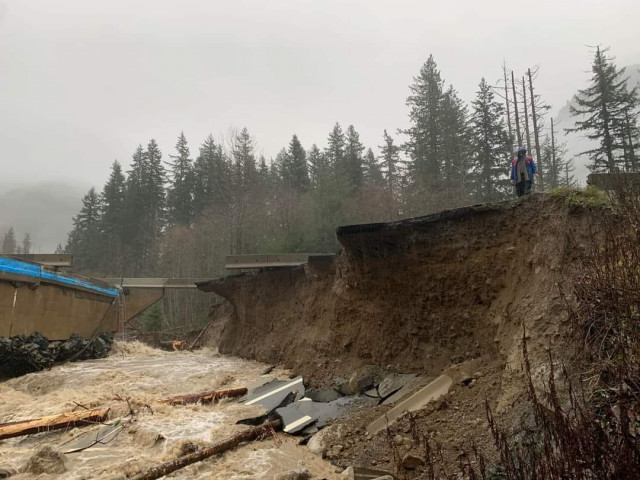 The Coquihalla Highway has sustained catastrophic damage north of Hope.

The provincial government has so far been unable to comment on the extent of the damage to the critical highway link, but the photos suggest it will be several days, if not weeks, before it reopens.

Low clouds and fog is making it difficult to survey the damage from the sky. Castanet News attempted to reach the slide scene by helicopter Monday morning, but was forced to turn around due to poor visibility.

A rescue is currently underway using helicopters to airlift people stuck between two landslides on Highway 7 near Agassiz.

The B.C. government says Highway 1 south of Hope should be reopened this evening. There is no estimated time of reopening for any of the other highway closures.

There is currently no way for the Lower Mainland to access the rest of Canada.