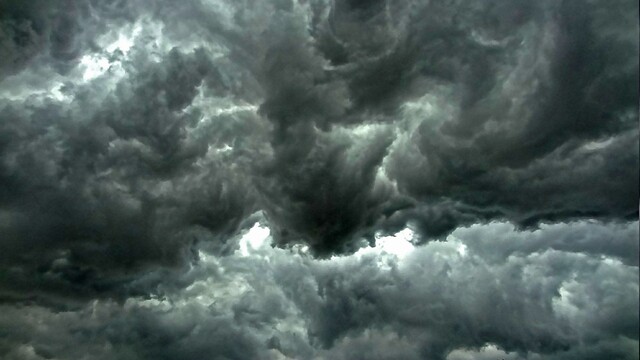 Environment Canada has rescinded their tornado watch warning for Vancouver, but a special weather statement remains for the area.

The alert was issued around 5:30 p.m. upon spotting a waterspout west of Vancouver International Airport.

The special weather statement remains in effect for most of the South Coast, including:

There is potential for strong winds Monday overnight into Tuesday morning, which could reach between 50 and 70 km/h, and between 70 and 90 km/h in exposed coastal sections of Vancouver Island.

According to Environment Canada, conditions are favourable for the development of funnel clouds and possibly brief, weak tornadoes.

A waterspout, which is a small column of rapidly swirling air in contact with a water surface, was spotted west of Vancouver International Airport. It was reported to be moving north towards West Vancouver and the mouth of Howe Sound including Bowen Island.

"Current indications are that it is weakening but the atmospheric conditions are favourable for the development of waterspouts or weak funnel clouds over the next few hours," their statement reads.

"This is a dangerous and potentially life-threatening situation."

Environment Canada is asking residents to be prepared for severe weather and to take cover immediately, if threatening weather approaches.

Tornado watches are issued when atmospheric conditions are favourable for the development of thunderstorms that could produce tornadoes.