Fight over old-growth logging grows out of the rainforest and into B.C.'s Interior 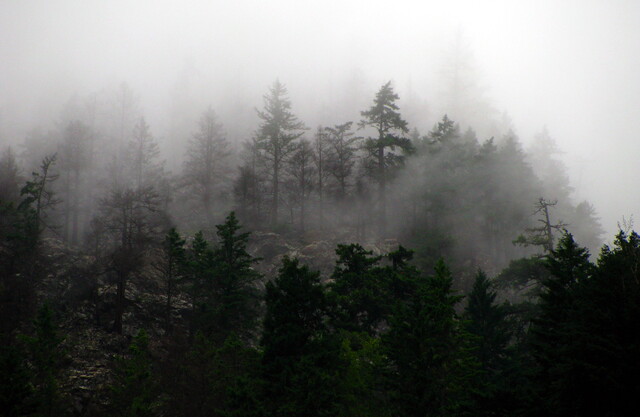 Photo: Flickr / Dru
While most of the old-growth logging debate previously focused on ancient cedars on Vancouver Island, large parts of Interior B.C. forests are also being eyed for protection. Impacts on the local industry are still not clear.

The B.C. government dropped a bombshell this week on the province’s forestry sector, but at this point, nobody knows how hard, or where, it will hit.

The province has announced plans to defer logging of 2.6 million hectares of Crown forest that contain “ancient, rare and priority large stands” of old-growth trees.

The decades-long fight over the harvesting of old-growth forests in B.C. has long been centred on Vancouver Island. Majestic ancient cedars, several hundred years old, have become a symbol of that fight featured in environmental campaigns that attract headlines globally.

The public overwhelmingly finds the harvesting of those giants intolerable and activists have drawn a line in the sand at Fairy Creek.

Meanwhile, concerns about logging practices in the B.C. Interior have manifested in entirely different ways — drinking water, recreation impacts, wildlife and wildfire — with not much attention given to the age of the trees being taken.

That changed this week when the B.C. government published mapping of proposed logging deferrals, or temporary protections, spread across the entire province. Previous deferrals focused on temperate rainforests.

Nobody is fully satisfied with the plan.

Environmental groups say the deferrals don’t go far enough or move fast enough, industry says it will be a “devastating” blow to jobs and First Nations say they are being brought into the process too late.

When making the announcement, the provincial government said it expects 4,500 direct forestry jobs could be lost in B.C. due to the deferrals.

At the other end of the spectrum, the Council of Forest Industries (COFI) says 18,000 jobs and 14 to 20 sawmills will be lost.

“That frustrates me because I think it breeds more fear among the workforce. And that's not what we need. Right now we need to help figure out how to support those employees to get to where they want to go, given the situation,” he said.

COFI, however, has been forthcoming with how they came to their 18,000 job loss estimate. The government has not fully explained their 4,500-job figure.

Castanet asked the provincial government to explain how it came to its own 4,500 job loss estimate and received a one-line answer.

“This analysis is based off of the decreased volume associated with the deferral area,” the Ministry of Forests said.

The government says it will provide support to forestry workers who lose their jobs due to the policy changes. 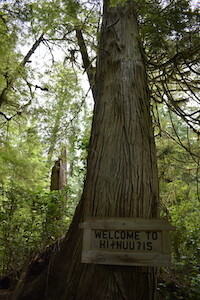 Russell said the support of impacted workers is “the task at hand right now.” His community of Grand Forks hosts a mill owned by Interfor that has seen curtailments in recent years. He suggested retraining and early retirement support would bridge the gap for workers.

“The vision here, and I really believe it, is to help develop a sustainable forest sector for years and generations to come,” Russell said.

Prince George-Mackenzie Liberal MLA Mike Morris, who perhaps has more forestry workers in his riding than any other, suggested the job losses were an inevitable tragedy in an interview with the CBC.

“That is something that should have been looked at decades ago to make this more sustainable,” Morris said. “Regardless of what action the government is taking now… we are simply out of harvestable wood in B.C. and a lot of those jobs are going to disappear anyways.”

WHERE WILL THE IMPACT BE?

Whether 4,500 or 18,000 jobs are lost, it is not yet clear where those losses will occur geographically.

The maps created by a panel of appointed advisors and released by the provincial government detailing proposed deferral areas are built on top of a data set many foresters consider unreliable, the “Vegetation Resources Inventory.”

The VRI includes data going back to the 1980s and relies entirely on satellite imagery, aerial photography, forest licensee submissions and growth projections. Updates are not routine.

It’s not uncommon for a forester to arrive at a planned cutblock expecting to see mature century-old trees, but find something else like a dead forest or young pine stand.

There are mapped areas slated for deferral that have already been logged or are currently being logged right now. The Wilderness Committee has highlighted examples of this in the Caycuse Valley of Vancouver Island, but foresters say it is happening throughout B.C.

At the same time, the deferral map appears to show forests that are not economically viable to harvest or never will be harvested because of riparian or wildlife habitat considerations — although they are not technically protected.

The provincial government would not answer how much of the 2.6 million hectares of forests planned for deferral is economically harvestable, only saying the lands are “currently unprotected.”

Environmental groups, meanwhile, are cheering the mapping as a confirmation of what they’ve been “saying for years.”

Jens Wieting of the Sierra Club BC told the Narwhal the importance of the new maps cannot be overstated.

“Now that this information exists, the B.C. government must show the same courage and leadership to act on these important findings,” he said.

The government says it is asking First Nations for input on the areas slated for deferral over the next month.

The First Nations Forestry Council said it was just as surprised by the plan as industry, calling the whole premise “fundamentally flawed.”

“The identification of old growth deferral areas is an initiative that should be led by (First) Nations, not an exclusionary panel telling Nations what they see as ecologically important areas – based on information and criteria they chose to use,” said Matt Wealick, an Indigenous Registered Professional Forester.

“This is not just about protecting old growth; this is a land use planning decision that will impact the ability of Nations to make decisions about the use of forest lands and resources in their territories for decades,” added Wealick.

The Union of B.C. Indian Chiefs said in a release Thursday the government has “passed responsibility to First Nations without providing financial support for Nations to replace any revenues that might be lost if they choose to defer logging old-growth in their territory.”

MLA Russell said a 30-day timeline set out by the provincial government to get feedback from First Nations is not firm.

“That 30 days is the window of time in which the government is hoping to get an indication from First Nations about where they want to go,” he said.

The deferrals are just that — temporary. The government says it will pause logging in those areas until a “modernized” old-growth management strategy can be implemented.

With environmentalist groups fighting against old-growth harvests for decades, successive governments have been accused of “talk and log” — talking about conservation while trees fall.

When the B.C. NDP announced changes last month to the Forests and Range Practices Act — the primary piece of legislation that underpins how the forest industry operates in B.C. — Russell suggested it was a start of a "paradigm shift" for B.C. forestry.

It has finally become politically acceptable to suggest that the forestry sector will have to get smaller if it wants to become sustainable.

When Premier Horgan said in 2019 that there were "too many mills" in B.C., the Liberal Opposition attacked vigorously. But after this week, despite the cries from industry, Liberal criticism of the NDP plan has been limited to a few tweets and questions in the Legislature.

"I'm really happy we're moving down the path of a new vision here to help serve our goals better and serve our communities and, you know, I want my kids to have the potential work in the industry in the future if they want to." 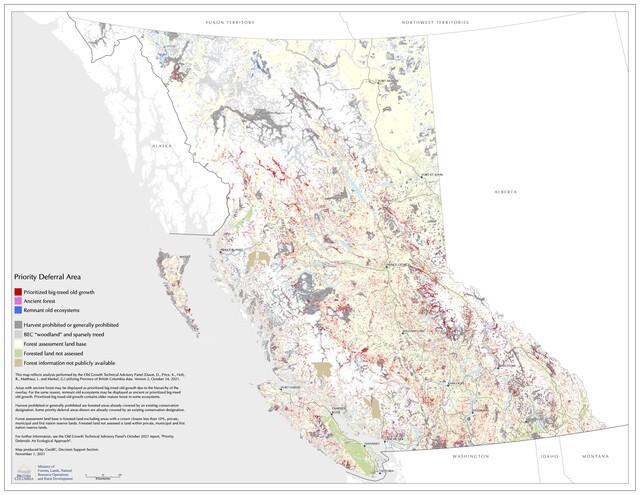