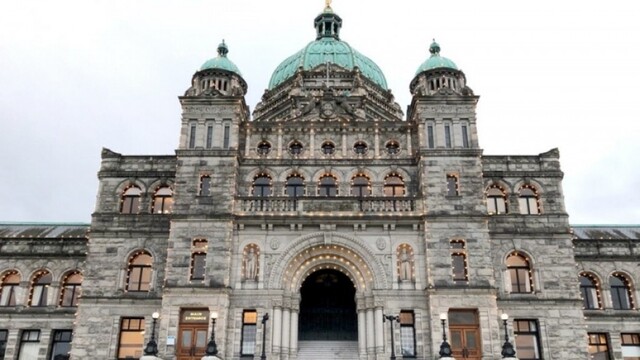 B.C.’s NDP government is under fire for its proposed Freedom of Information and Privacy Act changes from critics who say it will not increase government transparency and it will add roadblocks for those wanting to discover Victoria’s inner workings.

Indeed, critics say, the changes could thwart the uncovering of government scandals as current law allows and harm citizens’ rights to know how their tax dollars are being spent.

And, certainly, the changes do not reflect past comments from Premier John Horgan.

Provincial information and privacy commissioner Michael McEvoy has already raised concerns about getting rid of requirements to maintain data in Canada and about protecting government documents from destruction.

“The legislation falls short,” said association executive director Jason Woywada. “This government keeps saying one thing and doing another. They say they support greater government transparency but then introduced proposed legislation that leaves major gaps in our existing law unaddressed.”

Woywada said Victoria is introducing fees for access to information initial requests rather than making the system less secretive and more accessible.

Beare said the fee could be about $25, calling it a modest fee and not a barrier to anyone.

“It’s not at all modest,” said University of Victoria journalism professor Sean Holman, a longtime user of the Freedom of Information (FOI) system as an investigative journalist covering B.C. politics.

“The only other provincial jurisdiction that has a $25 fee is Alberta, which is one of the most secretive jurisdictions in North America,” he said. “This is the equivalent of erecting a 100-foot wall around government to protect itself. This is punishment for anyone who is interested in getting the truth out of government.”

"We need legislation that promotes more transparency and accountability."

Holman said it was the B.C. NDP that first brought in freedom of information legislation. He called the proposals “a complete betrayal of their own principles.”

And, FIPA president Mike Larsen called such fees a barrier to the public’s right to know what their government is doing.

On a high level, Holman said the proposals are indicative of how the NDP is going to act with a majority government after the October 2020 election.

“It lays bare why the NDP called an election,” Holman said. “It wasn’t to get a mandate; it was to get more power. This is an abuse of that democratic process.”

Further, the association has called on the NDP to release documentation about the legislation’s review and also to meet its own statutory reporting requirements under the legislation. The association said. Victoria is failing to adhere to the current law.
“For example, no annual report was tabled in 2020, nor in 2021, to date,” the association said. “The act requires an annual report be released to empower people to know where government is succeeding and failing.”

And, Larsen pointed to a number of government scandals revealed as a result of people using the access system.

“A legacy of transparency scandals, from fast ferries, to triple delete, to wood chippers at the Legislature, show the costs of secrecy and the importance of getting these legislative amendments right, ”Larsen said.

The changes still do not cover what goes on in the Legislature, despite repeated calls for the chamber of elected politicians and the officials who serve them to be covered by legislation and accountable.

Horgan himself was an advocate of reforming legislative coverage of the Legislature. In January 2019, as B.C. was rocked by allegations of extravagant spending by the Legislature’s senior officials, Horgan said the act should be amended to lift the veil of secrecy around legislature spending.

“The public has a right to know how long this has been going on and how it can be fixed,” Horgan said.

“Where I spend money should be available to my neighbour,” the premier said at the time.

The spending scandal was unveiled by then-speaker of the Legislature Darryl Plecas, past Abbotsford South MLA. He did not respond to a request for comment.

In his report on the scandal, Plecas said issues covered were about “issues of expenditures of public funds and use of public resources by officers of the Legislative Assembly. While that information is not normally available to the public through the Freedom of Information and Protection of Privacy Act or accounting channels, it is information that relates to the same types of matters that are routinely discussed in public in relation to Members of the Legislative Assembly and all of our expenses are published online,” Plecas wrote. "I see no reason why the position ought to be different in relation to Permanent Officers.

“In my view, disclosure of the information will not compromise the work of the Legislative Assembly in any way, and I believe it is clearly in the public interest, as a matter of transparency and accountability, for taxpayers to understand the basis for the serious concerns identified in this report.”

Plecas’ report can be read here.

Horgan also said in 2019 said he would be meeting with Attorney General David Eby to carve out protections in amended legislation for whistleblowers to keep them safe when revealing concerns about government.

Such protections did not happen.

Beare’s ministry did not immediately respond to questions about why the Legislative Assembly and whistleblowers are not covered in the proposals.

Indeed, the FOI covered by the legislation system is used by opposition politicians, businesses, lawyers and journalists to access government information not readily available. Access requests to all levels of government are initially free but fees may be assessed once the amount of information covered is determined.

Beare’s ministry said the province processes more than 10,000 FOI requests annually, with the volume of requests increasing by more than 40% over a two-year period, reaching an all-time high of more than 13,000 requests in 2019-20 at 13,055.

The ministry said the average cost to government for processing a single FOI request is $3,000, though some large, complex requests can exceed that. Fees to produce records are collected in fewer than 2% of requests. About 40% of requests are for personal records for which people are not charged, the ministry said.

“The proposed amendments will not change this,” the ministry said.