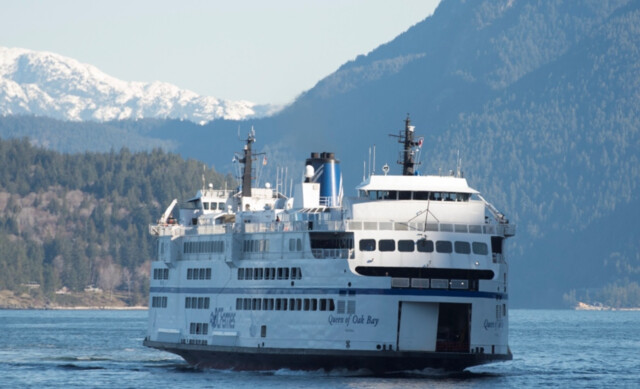 BC Ferries, which is federally regulated by Transport Canada and a crucial transportation link for many British Columbians, is exempt from new federally-mandated requirements for full vaccination of passengers.

CTV News Vancouver is reporting that the newly outlined federal vaccine mandate laying out new rules for domestic travellers using air or train must produce proof of vaccination, but ferry travel is exempt.

“Mandatory vaccine requirements announced by the federal government today will not apply to BC Ferries passengers,” confirmed BC Ferries spokesperson Deborah Marshall in an email to CTV News.

“BC Ferries supports the Provincial and Federal Health Officers’ position that vaccination is the most effective tool to reduce the risk of COVID-19 – for our customers, our colleagues and our families – and to protect broader public health and reduce the spread of the virus.”

BC Ferries receives its funding in part from the provincial government as part of the transportation network, but it remains a private company, regulated by Transport Canada.

“Mandatory vaccine requirements announced by the provincial government for public servants will not apply to BC Ferries’ employees, as BC Ferries is a private company,” said, Marshall, though she did say it's in discussions with their union and regulators on the topic of vaccinations.

-with files from CTV news Vancouver