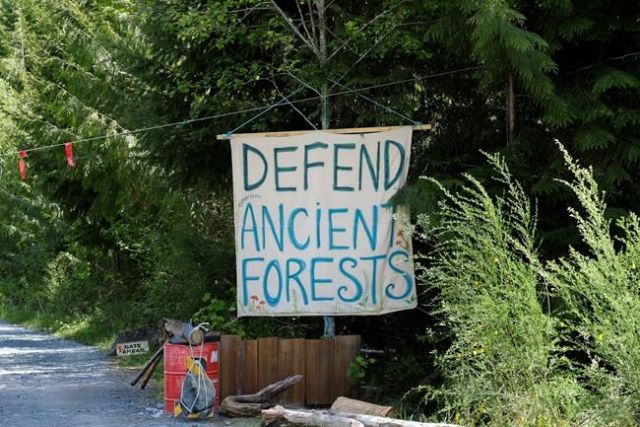 Photo: The Canadian Press
A sign is shown at the entrance to Eden blockade in the Fairy Creek area near Port Renfrew, B.C. on Tuesday, May, 11, 2021.  THE CANADIAN PRESS/Jen Osborne

The RCMP says it needs more powers to search and exclude people at an old-growth logging protest area on Vancouver Island where about 1,000 arrests have already been made.

Lawyer Donnaree Nygard says she's making her argument in favour of increased police powers knowing the injunction is set to expire within days and aware Judge Douglas Thompson has said he will consider options to the court order.

British Columbia forest company Teal Cedar Products Ltd. has applied to the court to extend by one year the injunction order against protest blockades.

Arrests have been ongoing in the Fairy Creek area since May, when the RCMP started to enforce an earlier B.C. Supreme Court injunction against blockades erected in several areas near logging sites.

Thompson asked lawyers arguing for and against a lengthened injunction to consider options other than the extension application because the current situation of protests and arrests is not working.

Thompson says his ruling on the extension will come after it expires on Sept. 26.