Passengers on board a bus in B.C. were startled after a snake was discovered enjoying a free ride

Snake on a bus 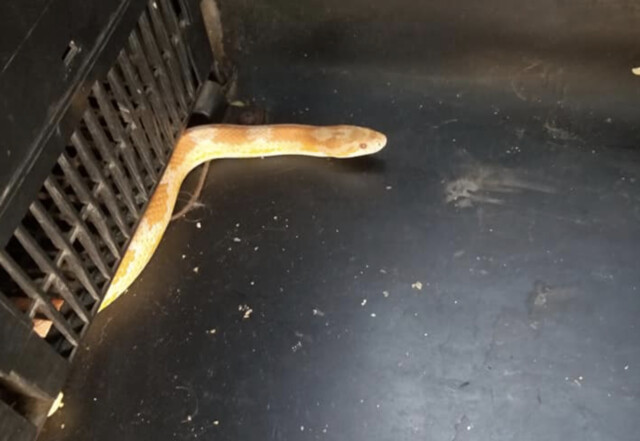 Photo: Mountain Man Mike's Bus Service
Snake on a bus
Passengers on board a bus in B.C. were startled after a snake was discovered enjoying a free ride.

The snake was spotted slithering underneath the seats of a bus travelling from Vancouver to Kaslo. When the bus driver spotted the reptile, he didn’t believe his eyes at first. “When I saw it I laughed thinking it was rubber and left it as a joke,” said the driver.

Mountain Man Mike’s Transportation Service has contacted a snake expert to try and properly identify the snake. So far, it's unknown what kind of snake it is, as the expert feels it's too big to be a corn snake, but it appears to have similar markings as one.

The company has reached out to all passengers who rode with the snake on July 29, but so far no one has claimed it. If you recognize the snake or know who's responsible for it, you’re asked to contact Mountain Man Mike’s immediately by phoning 778-382-7729.