Octopus Creek wildfire near Fauquier has grown to 16,930 hectares in size, ignition planned 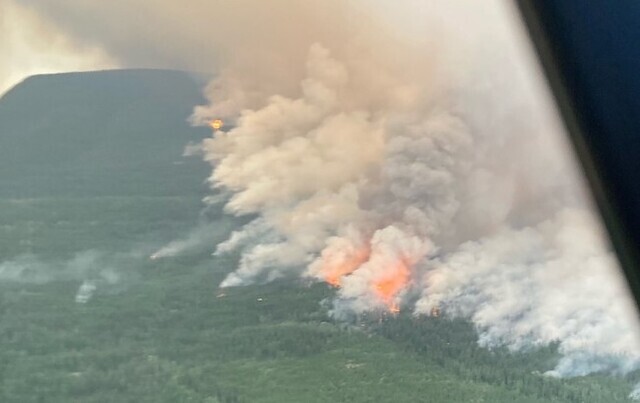 The BC Wildfire Service will undertake planned ignitions on the Octopus Creek and Michaud Creek wildfires adjacent to Arrow Lake to remove unburned fuel in the fire’s path, thereby helping to limit the fire’s growth and spread.

The planned ignition for the Octopus Creek wildfire aims to re-direct the wildfire upslope and away from the community of Fauquier.

Crews will also use planned ignitions to reinforce control lines by removing unburnt fuel between the control line and the advancing fire. Increased smoke from this action may be visible from Fauquier, along Arrow Lake and Highway 6, says BC Wildfire Service.

Due to steep and unstable terrain in this area, BCWS says personnel have determined that a planned ignition is the most favourable tactic to gain control and maintain an appropriate safety margin for firefighters while achieving the goal of removing fuel that lies between containment lines and the advancing fire.

BC Wildfire says a planned ignition might be in the works to help combat the Octopus Creek wildfire.

"On the north flank, firefighters are attempting to shift the wildfire upslope into the alpine and away from the community. The containment lines are built using dozers to remove unburned fuel, hand tools where heavy equipment cannot access or they may conduct planned ignitions when possible," said BCWS.

They added that the planned ignition is essential to help contain large wildfires.

The exact timing of this operation will depend on weather and site conditions, but it could begin as early as Thursday.

The Octopus Creek wildfire burning near Fauquier continues to grow, and has now burned 16,930 hectares.

Smoke is expected to clear in some localized areas, which could indicate an increase in winds which may intensify fire activity, says the BC Wildfire Service.

Air Tankers will be utilized to support wildfire operations when visibility allows safe operations with the aircraft.

There are currently 48 firefighters, four helicopters and nine pieces of heavy equipment assigned to the blaze.

The BCWS says crews plan to focus on establishing and reinforcing containment lines in priority areas near communities and structures. Direct attack on the wildfire will also continue where possible.

Firefighters are attempting to shift the wildfire upslope on the north flank into the alpine and away from the community.

The lightning-caused blaze was discovered on July 11.