'Highway Patrol' on the road 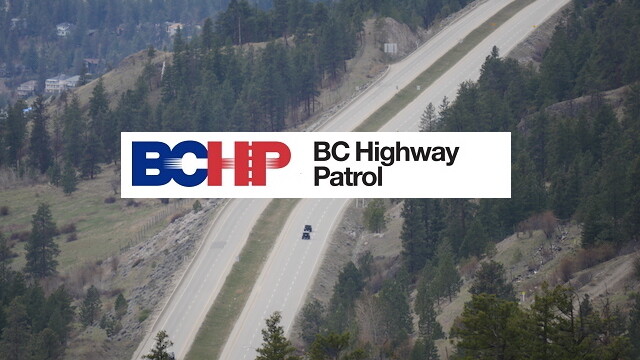 RCMP highway traffic cops across B.C. are now working under a new banner.

The new name will also mean a new motto: Making Our Highways Safer Together.

“You will begin to see our traffic vehicles with the familiar RCMP crest and our new identity of BC Highway Patrol or BCHP,” Halskov added.

The agency has about 455 dedicated employees in B.C. who conduct traffic law enforcement and collision investigations involving serious injury and death on BC’s provincial highways.

It also has a number of specialized units, including those dedicated to impaired driving, police services dogs, police motorcycle programs and the prohibited driving enforcement team.

Until the late 1980s, the BC Highway Patrol operated as a group of unarmed reserve constables that monitored the major crossings in the Lower Mainland.

Following the privatization of highways in 1988, the patrol was merged into an early version of today’s Commercial Vehicle Safety Enforcement Branch, joining commercial vehicle Weighmasters and Motor Vehicle Inspectors to form the Motor Vehicle Branch. A full history of the BC Highway Patrol can be found here. 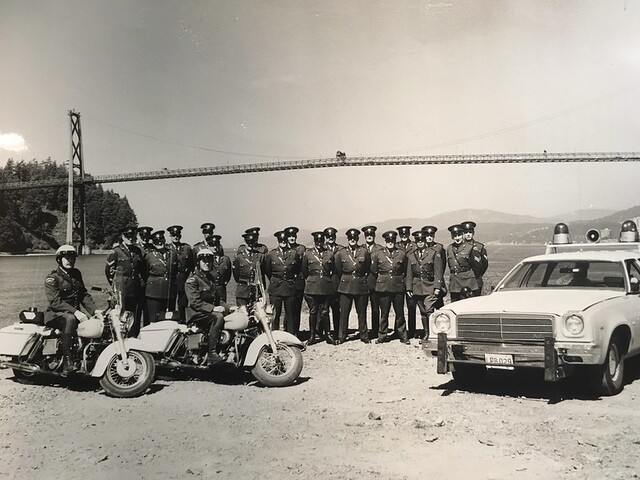 Photo: MoTI
Patrolmen pose in front of Lions Gate during the mid 1970s