Alert test was a mistake 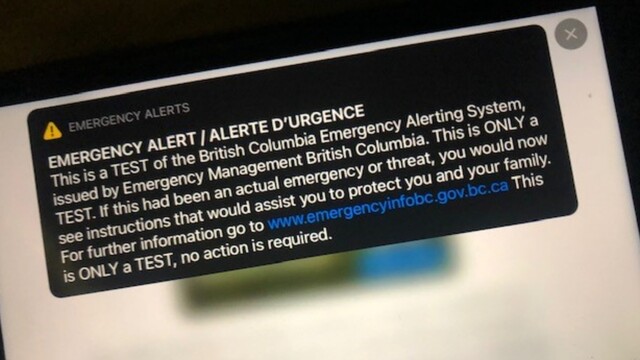 An emergency alert pushed to cell phones in B.C. on Wednesday was a mistake.

The test alert, identical to one that went out a week earlier, took over cell phones at about 12:15 p.m.

In a tweet, Emergency Management B.C. said the alert on Wednesday was due to “human error.”

Last week’s test was a part of annual testing for the system, designed to notify the public in the event of an emergency.

Today’s Alert Ready test was an accidental re-broadcast of last week’s test due to human error.